how to make each display a separate space, yet have a keyboard shortcut to move both screens at the same time?

In OS X Mavericks, each display (ie monitor) has it's own space. There are many advantages to that.

The Preferences offers you the option of going either the old way or new way via the Display have separate spaces option: 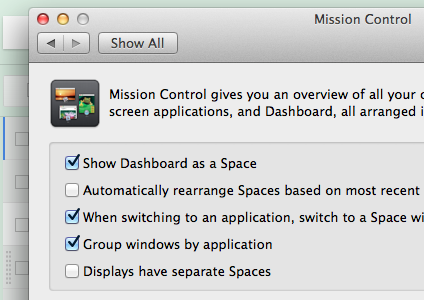 However I want the best of both worlds: I want each screen to have its own space.. but then I also want a keyboard shorcut where I can move both screens at the same time. How is that possible?

I wanted to do something similar. While I'm not sure it's possible to make the "Move left" and "Move right" shortcuts behave like you want (at least not without a third-party tool), you can get pretty close with the "Switch to Desktop [n]" shortcuts. Here's what I did: 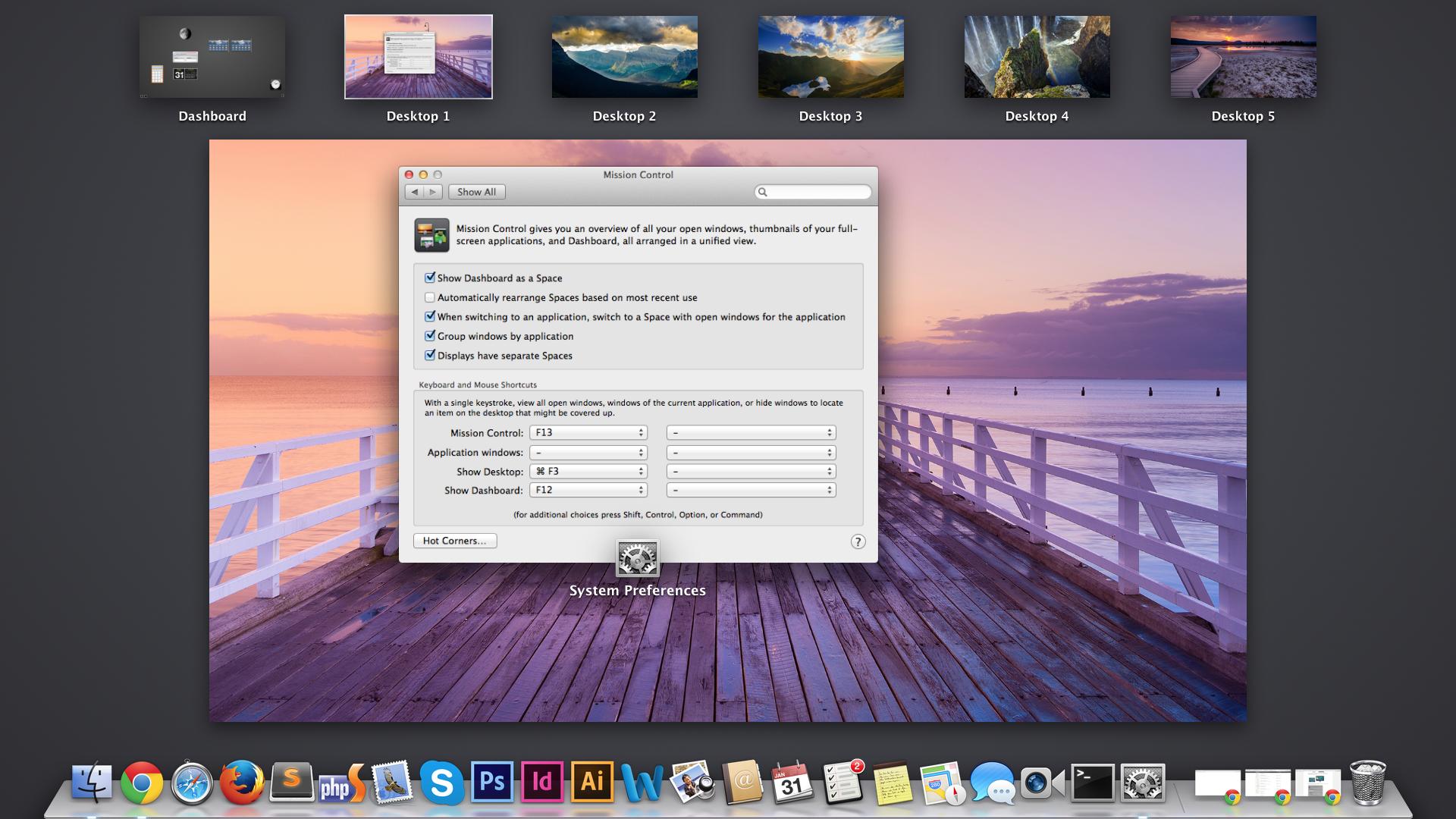 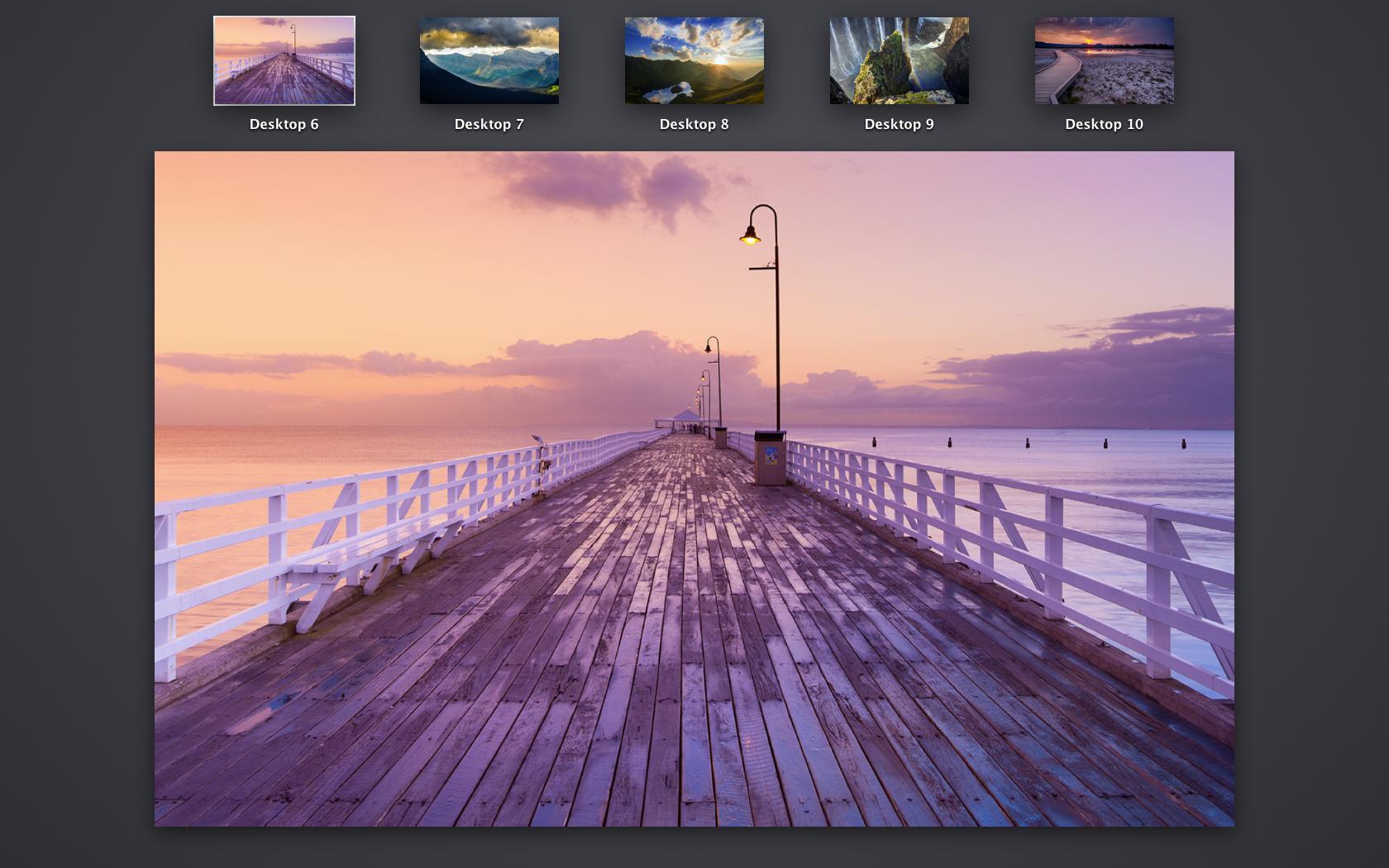 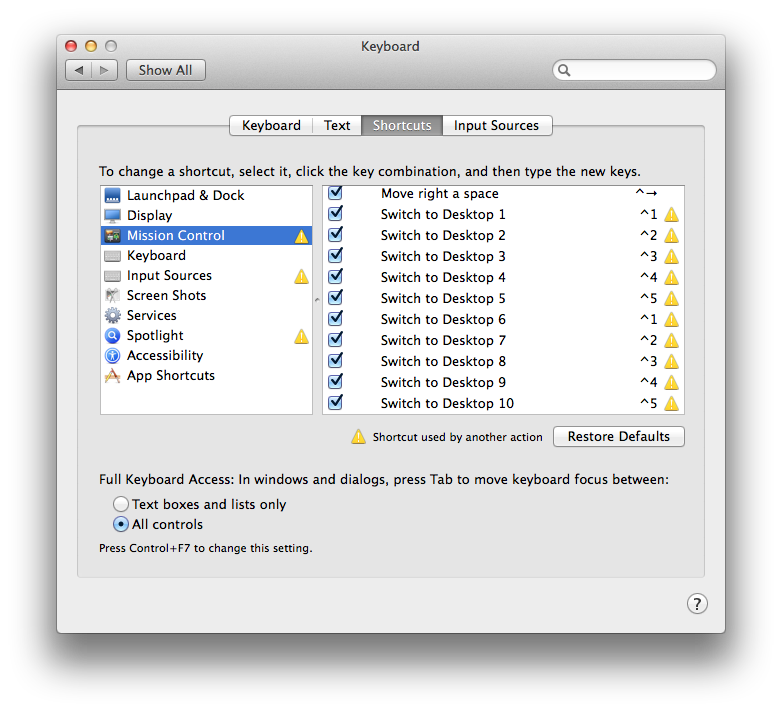 (Of course, this will result in some conflicting shortcuts, but it doesn't seem to be a problem. One shortcut still fires both actions.)

Seems like a bit of a hack I know, but at least it matches the behavior that I was used to in Mountain Lion while maintaining the benefits of the improved multiple monitor support in Mavericks.

EDIT: I just noticed that this can cause some odd behavior when switching desktop pairs. For one, after you land on a desktop, the menu bar flashes erratically and eventually focuses on one display or another, seemingly randomly. It also seems to mess with the application-switching, in that it doesn't always focus on the application or window that you would expect it to. (Perhaps there's a conflict there between the most recently used application globally and the most recently used on that particular desktop? I'm not sure.) I'll keep playing around with it, but that could be a dealbreaker for me. Luckily, I still have the option of switching back to pre-Mavericks behavior if necessary.

When I updated to mavericks I wanted to be able to do exactly what you say. But then I realized it far more easy selecting first the application you want to use ( Command + Tab ) and then the windows of the current application ( Ctrl + down and left or right to get the right one ). It works to select the window even if it's in another space and then you will be changing between monitors.

I hope it's useful

Not the answer you're looking for? Browse other questions tagged keyboard macos display spaces .

150
Keyboard shortcut to switch focus between multiple displays on OS X 10.9+
10
How do I change the number of desktops in Mountain Lion?
6
On a mac can I extend (not duplicate) my display to multiple external monitors?
2
Can Mavericks behave like Lion on multiple screens?
1
Cycle through pair of spaces for two screens with one keyboard shortcut
1
Switching all open windows on 2 displays with one keystroke

2
Multiple monitors in lion
150
Keyboard shortcut to switch focus between multiple displays on OS X 10.9+
7
Is it possible to have one menu bar while having displays as separate spaces in Mavericks?
2
How do I make applications open on the primary display and not the active display?
0
Assigning applications to multiple desktops (Spaces) across multiple monitors
2
Change space of other non-active display via keyboard
0
Why does Citrix CAG (RDP across monitors) take up multiple Spaces?