No + sign in Contacts app on iPhone 5 with iOS7. Now I cannot add any contacts at all and all my old contacts were lost, too

I was trying to restore my iPhone 5 because I was running out of space and the other category was taking up too much space, so I decided to restore it. However, I don't know what glitch happened during the restore, I could not restore my phone using any of the old backups so I had to restore it as a new iPhone.

I got most of my data back on my phone after doing this, except for some apps, but I had most of my other stuff still on there so I was okay with this restore. However, all of my contacts disappeared! I had made a backup of all my contacts as a .vcf, so I had figured out a way to get them back on my phone but my problem is that the + sign that should appear on the Contacts app to add new contacts is missing. Thus, I can't add any of my old or new contacts on my phone! Apple online chat support asked me to do all this step one more time, i.e. restoring it as a new iPhone, but nothing changed. I've tried going to my messages and add contacts via that, but that doesn't work either. Any help would be much appreciated!

Your contacts may have been there all along.

First you need to go to groups and select at least one before the + button will show up.

If you have no groups or no groups selected then the contacts have nothing to add to, therefore no button. 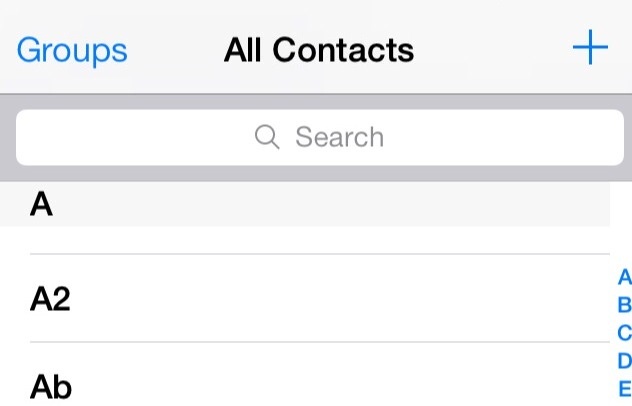 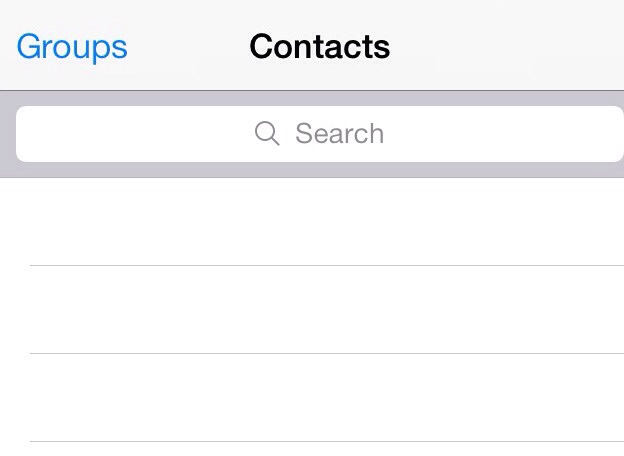 Not the answer you're looking for? Browse other questions tagged ios contacts iphone .

3
Last import in Address Book
2
How to restore iPhone contacts lost after an app crash?
0
How do I get an old iOS 4.1 iPhone 3GS to sync with my iCloud contacts on my OS X 10.7.5 Mac?
0
Wrong contact synchronisation with 2 iPhones
0
I have reset my iPhone, now many contacts are lost, though I synced them through iCloud. Are they still in an old backup?