Windows 8.1 on bootcamp not hibernating

I am running windows 8.1 on macbook pro retina.

When i trying to hibernate it is giving me an error A device attached to the system is not functioning.(31) 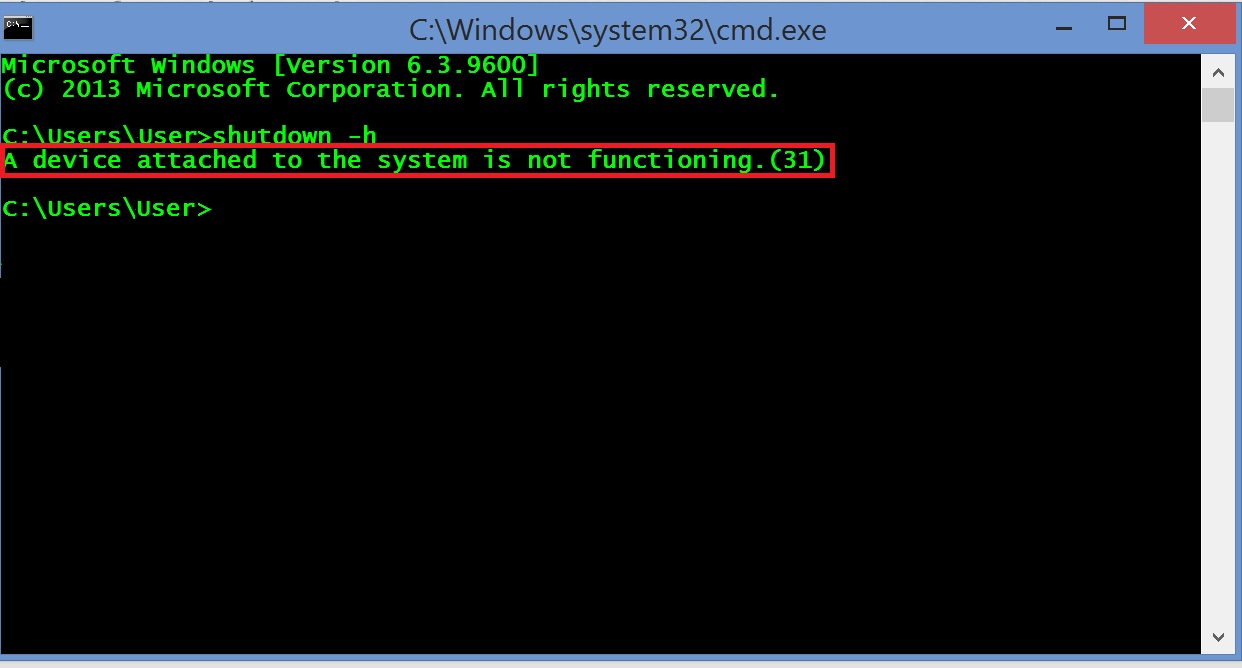 Any thoughts what it could be related to?

BTW do not have any devices plugged to any port.

If there is any device plugged into a Thunderbolt port on the computer while in Bootcamp Windows will not be able to sleep or I presume manfully hibernate.

Ok after exploring and gooogling more about the issue I find out that it is some kind of driver failure issue.

I used Driver Verifier to check for driver failure by running the command command virifier /standard /all - it will verify all the drivers in the system on startup and requires restart. 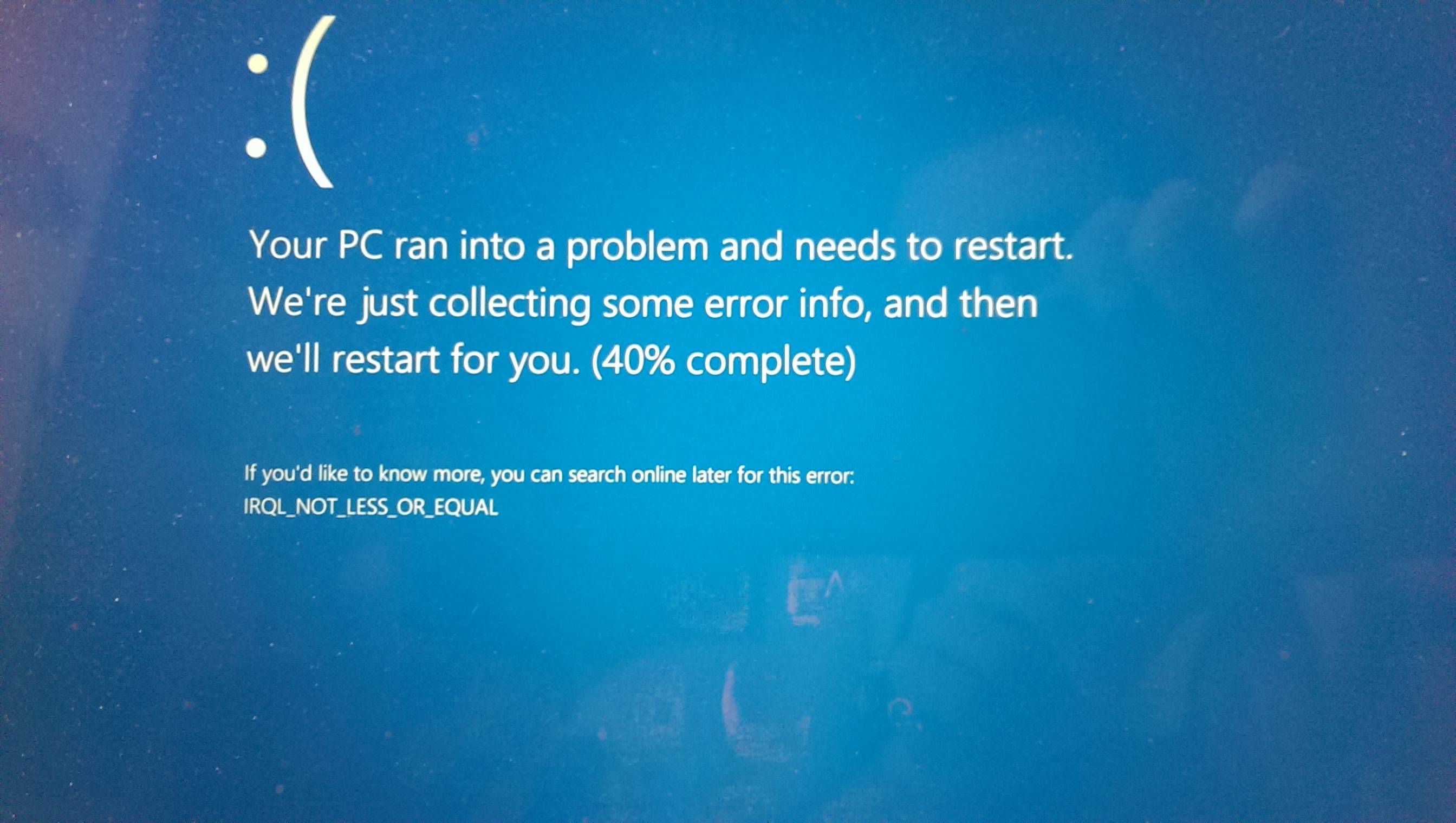 After a few failures windows give me an recovery options. So I chosen command promt to edit virifier options.

I was trying to switch virifier /bootmodes(Verifier Command Syntax) to disableafterfail and to oneboot but none of them worked, I've got same blue screen of death saying about IRQ_LESS_OR_EQUAL error each time.

A have a few options to try but I decided to use system restore first. So it worked.

After I boot the Windows I find out that hibernation is working now! but touchpad double-pinch click is stopped working for some reason. So I did try to install BootCampDriversFolder\Drivers\Apple\AppleMultiTouchTrackPadInstaller64.exe but it won't help. So I did run bootcamp drivers setup.exe and choose repair option from there. It reinstall the drivers and after restart all working so far, including hibernation!

Hope it will help any one else experiencing same problem.

Not the answer you're looking for? Browse other questions tagged bootcamp macbook-pro windows hibernate .

2
Some program windows in Windows 8 on macbook pro has small text size
1
Software not available from update server when installing Windows 8.1 on Mavericks
3
Bootcamp + Windows 8.1 + Apple Macbook 2011
0
Windows 8.1: how to update Broadcom driver without using external drive
7
Is it possible to Bootcamp Windows 8.1 using USB on Late 2011 MBP?
1
Install windows 10 on bootcamp fails
1
Why are drivers not working in Windows 10 with bootcamp?
0
Install Windows 8.1 on Mac 2011
1
Bootcamp windows 8.1 not booting
2
Unable to download the newest bootcamp drivers for my windows partition