How can I retrieve a saved WiFi password from iOS / iPadOS on secure hardware?

I have some wireless networks that I joined on my iOS device and I now want to retrieve the passwords from the device.

These are stored in the keychain presumably so I’d like (by hook or crook if necessary) to get into the iOS / iPadOS keychain and obtain saved passwords or secrets.

I'm primarily interested in old hotspot passwords, but being able to list other items in the iOS keychain would be generally useful. If I need to use a computer, that's fine, but I would also be interested in ways to accomplish this from iOS itself if that is possible.

Is the keychain exportable forensically or natively on modern iOS devices with a physical Secure Enclave?

There is a jailbreak application called WiFi Passwords. It's free by Malcolm Hall in the BigBoss Cydia repository. It allows you to view all of the passwords for the networks that you've joined (including usernames for WPA2 Enterprise networks).

One trivial solution is to enable keychain sync for iOS 7 and have the keychain contents sent to iCloud.

Then, on a Mac, enable keychain syncing in the iCloud preference pane in system preferences and use Keychain Utility to inspect the iCloud keychain. 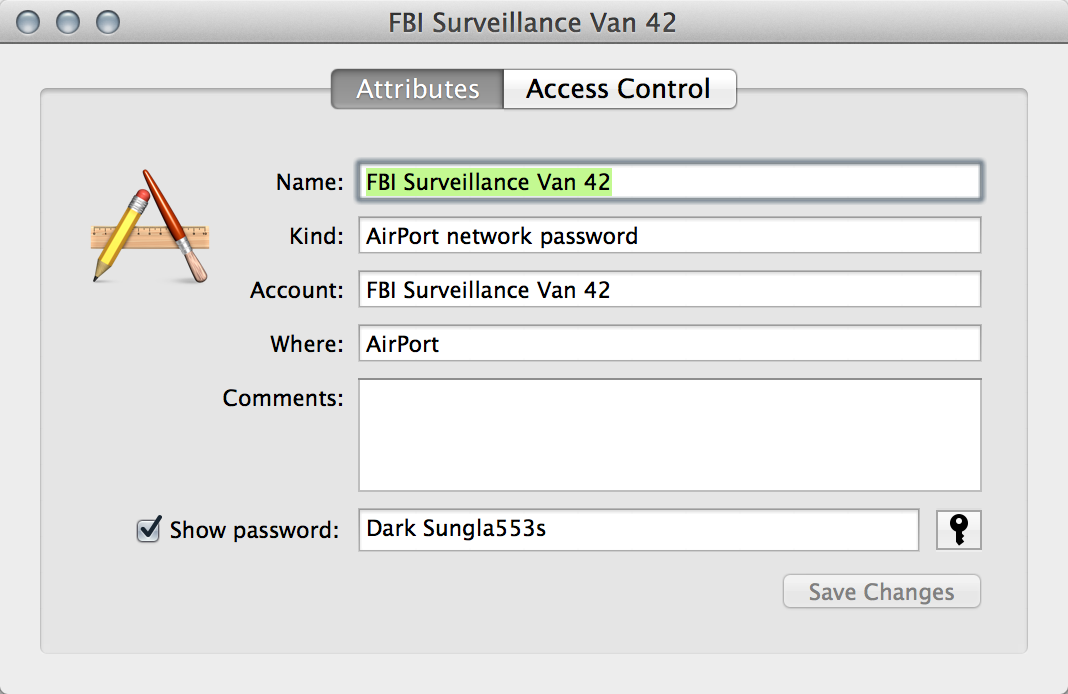 Once above step is completed. Open Keychains on Mac and look for iCloud on the right panel. You should then see all the SSID you have ever saved on your various devices and computers synced through iCloud.

Not the answer you're looking for? Browse other questions tagged ios password keychain jailbreak ipados .

23
How is the System Keychain secured in OS X?
7
How can I delete saved configuration passwords from AirPort Utility for iOS?
3
How does iCloud Keychain store unsecured wifi hotspot information?
2
Send wifi password from iPhone to iPad
2
How do I access LastPass Passwords on iOS/iPadOS from web browser?
2
How to retrieve a password from Keychain command-line?
2
Can iOS apps retrieve user access logs after being deleted?
1
Can I obtain the web browsing history from my in-app browsers on iOS and iPadOS?