iPhone 5s: benefits of 64 bit processors if no more than 4 GB of RAM?

My understanding is that the (main) reason of having a 64 bit processor, is to be able to use more than 4 GB of RAM.

In PCs, it is now very common to have more than 4GB of ram, and to really be able to use such ram, you NEED a 64 bit processor.

But for a smartphone, which (afaik) doesn't have more than 4GB of ram, what's the point? what is the benefit?

What kind of apps benefit from it that will really make a difference ?

Specific examples of apps taking advantage would be nice.

Do final users will even notice a difference? Or is it just a marketing strategy?

Note, i know a similar question has been answered here: https://superuser.com/q/56540/152803 but in this one i ask specifically for smartphones, that one is focused on Intel/AMD architecture. Besides, that answer is now more than 4 years old...

My understanding is that the (main) reason of having a 64 bit processor, is to be able to use more than 4 GB of RAM.

Well, everything is 64 bits wide in a 64 bit CPU. For one, computation involving large numbers is more efficient.

ARM introduced a few changes and improvements in the move to 64-bit.

But for a smartphone, which (afaik) doesn't have more than 4GB of ram, what's the point? what is the benefit?

For most non-memory intensive programs, the performance would probable increase due to the double number of registers (in fact more than double, since ARMv7 and below include SP, PC... in the register set). You can look at the benchmark here 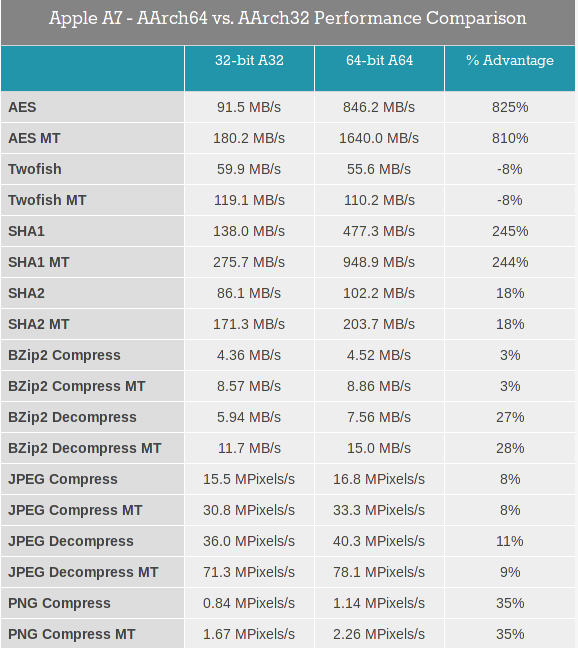 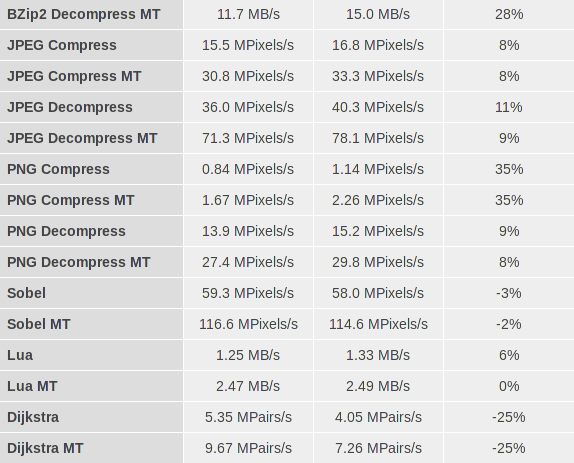 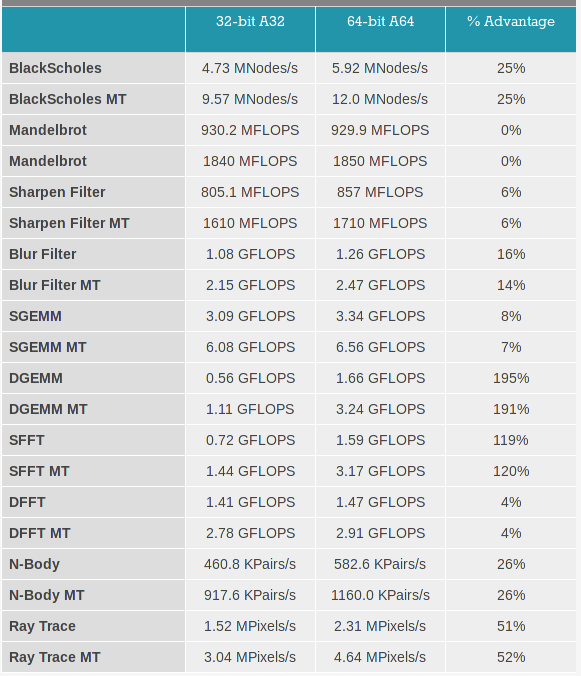 ARMv8 is 64-bit, so that's the way Apple and others must go even if they don't want, or they'll have to introduce their own architecture and rewrite all the platform. All future ARM CPU will also 64-bit

Not the answer you're looking for? Browse other questions tagged memory 64-bit cpu iphone .

3
If I install more RAM should I boot into 64bit Kernel? Does it matter?
3
Can the mid-2010 Macbook support more than 4GB of RAM?
5
Intel Mac mini - maximum RAM Upgrade
7
Can I put more than 8GB of Ram in a MacBook Pro 5.1
1
Can I upgrade my MacBook with more than 4GB of RAM?
6
What's the practical difference between a 16GB and 32GB iPhone?
1
is iPhone 5S 2-times faster than iPhone 5 at Graphics Task (like Gaming) due to 64-bit CPU?
2
Would and SSD or RAM be the better upgrade in this situation?
2
Yet Another "Will This CPU Work?" - Mid 2011 iMac 27" Upgrade
0
MacBook Pro equipped with 16 GB RAM, never uses more than 8 GB