My device isn't broken. I confirmed this on many iPad 2 and iPad 3 I have access to, both with iOS 6 and 7. But I can't reproduce it at will.

There is something that triggers it. And then it becomes easy to reproduce. Just leave the home screen on for long enough (make it 10 minutes) and lock the phone (so you'll be sure to notice the effect). You'll see the dock bar icons are still slightly "burned" in the screen. Here's the best photo I could take so far (since I decided to pursue this): 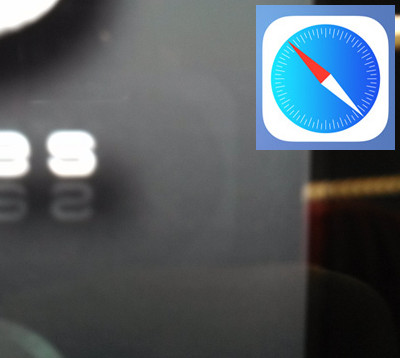 See the safari icon slightly burned there, in the center? It can get much worse. I've added a reference as what the icon originally looks like, rotated 90 degrees in that image.

So, question here is: Can anyone else reproduce this? Is this really an apple issue? Did this happened in previous iOS versions? I never seem it in any android device.

Obviously it isn't the same hardware issue as the original screen burns, but it's so weird that if it wasn't stand still in the same screen place even after rotating the screen, I would suspect it could be some odd software / firmware bug.

I can't reproduce it, I can however tell you that it's a pretty common problem.

I've had the same thing happen on my Retina MacBook Pro. Rumor has it that it's especially common on displays manufactured by LG.

Not the answer you're looking for? Browse other questions tagged iphone ios ipad screensaver .