After I had installed iOS 7 in September, an icon appeared on my home screen for "Open-Xchange". When I open it, it just goes to the Open Xchange website. It won't let me delete it (no cross appears to delete like other installed apps). I've tried plugging my iPhone into iTunes and deleting it using the app manager but that doesn't work either. It doesn't appear on the installed apps list (I'm assuming because it's just technically an internet bookmark). I have a picture of it here (it's on a separate screen because that's where I keep it): 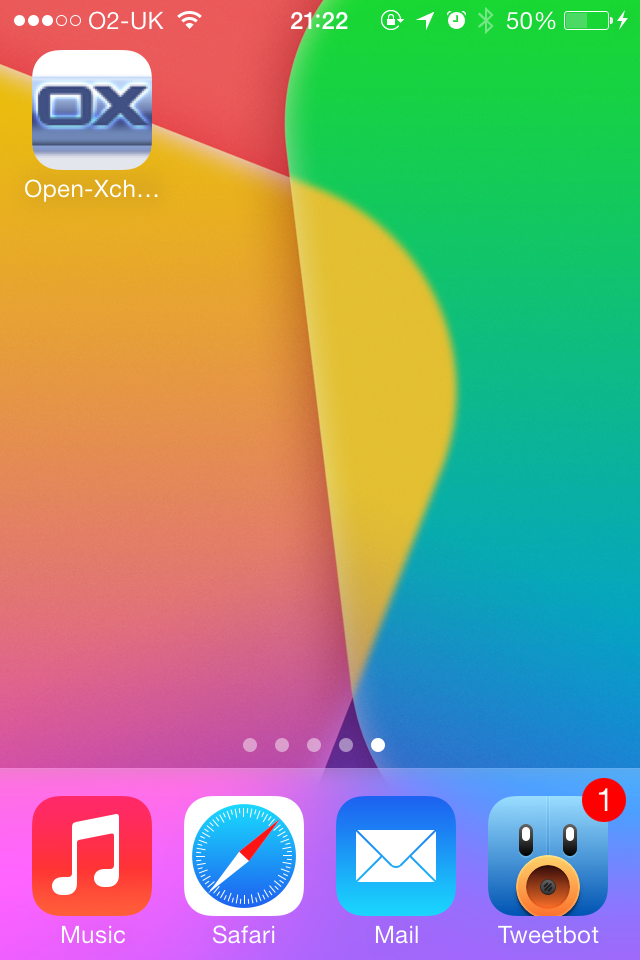 Thanks for any help :)

Found out the reason. I had a profile installed for an email account (that uses open-xchange servers) which was adding a Web Clip to the homepage. I disabled that Profile, and added the servers for the email account manually. Icon disappeared and problem solved! :)

Not the answer you're looking for? Browse other questions tagged ios bookmarks .