I am trying to use automator to take a screen shot of a specified area. Though I can only find the option of taking a screenshot of a windows or the entire screen. Is there a option to to this with automator or with apple script?

Keyboard Maestro can do this using the following macro (download): 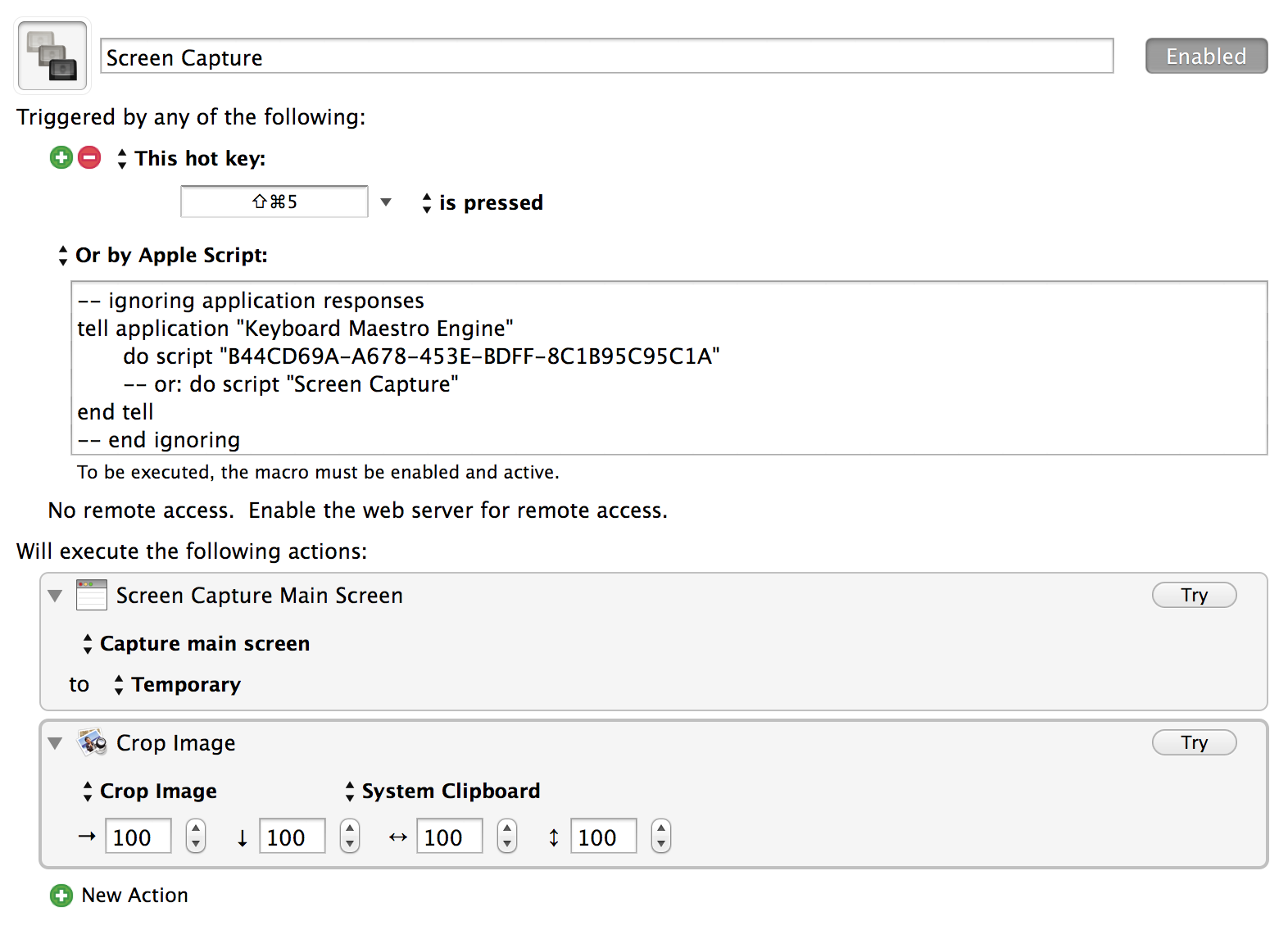 Not the answer you're looking for? Browse other questions tagged applescript automator screen-capture .