Somehow, my iPhone 5 (iOS 6.1.2) has created .XMP files for some images on my Camera Roll, and these .XMP files are causing import errors in both Picasa 3.9 and Windows XP Scanner and Camera Wizard.

I have determined that this seems related to a set of 4 iPhone screenshots I took which I then used the Photos app to Edit > Rotate the orientation of these screenshots since for some reason they came out wrong.

Here you can see the 4 tan-background images of a gas mileage app I use: 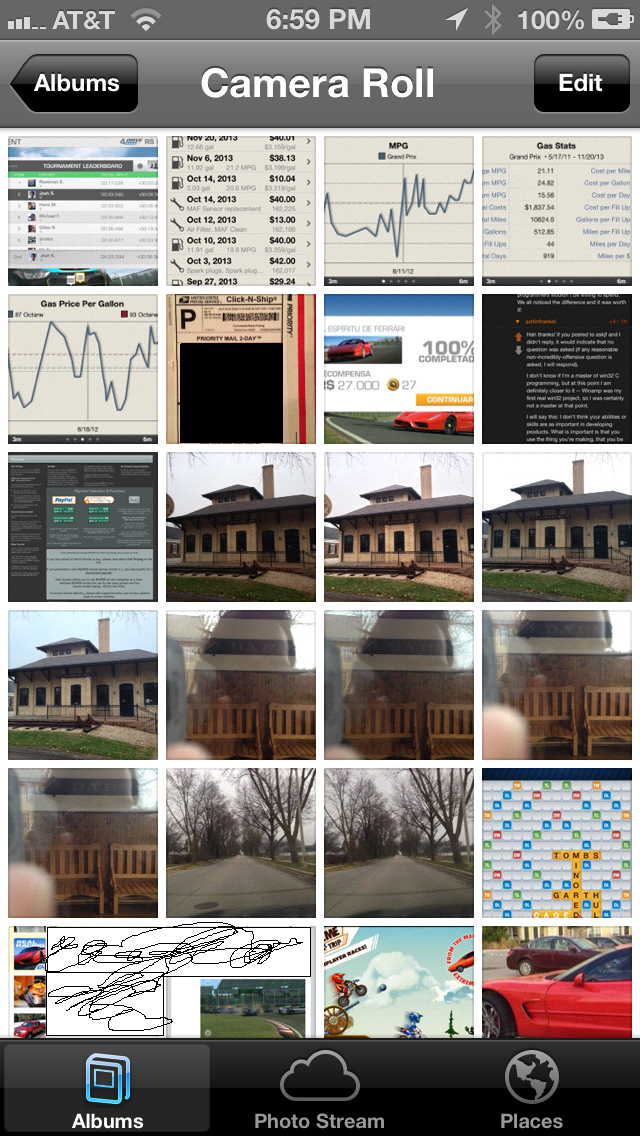 But for some reason, in Windows XP Scanner and Camera Wizard (Advanced Mode), you can see they show up as duplicate-named .XMP files of 323 bytes each: 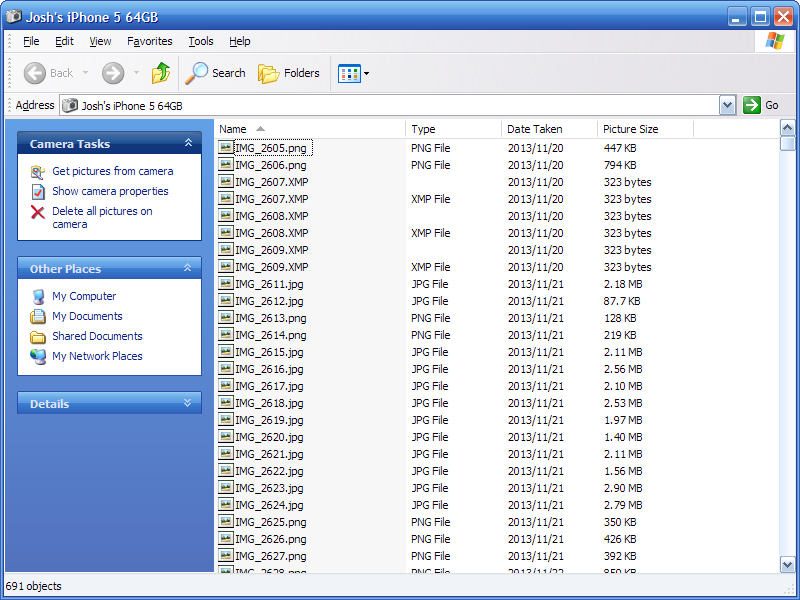 They only show up as blank images when in Thumbnails view of Scanner and Camera Wizard (Advanced Mode): 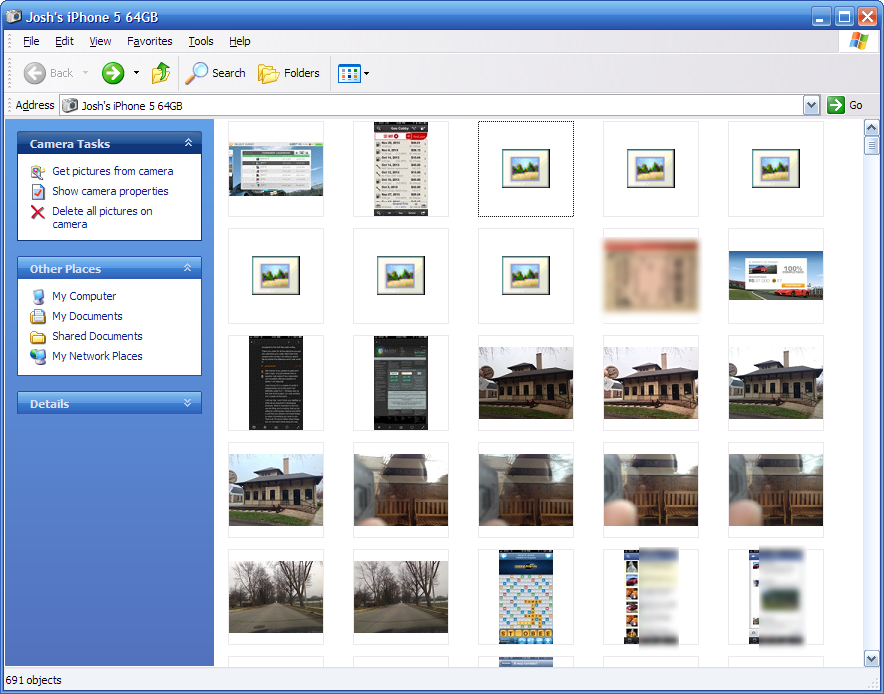 In regular wizard mode, they show up as the correct image, but only every other image: 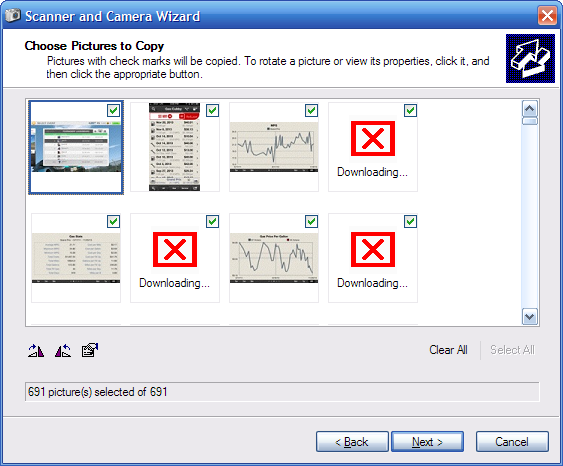 Google Picasa 3.9 interrupts the import process from the iPhone, as soon as it hits these particular files: 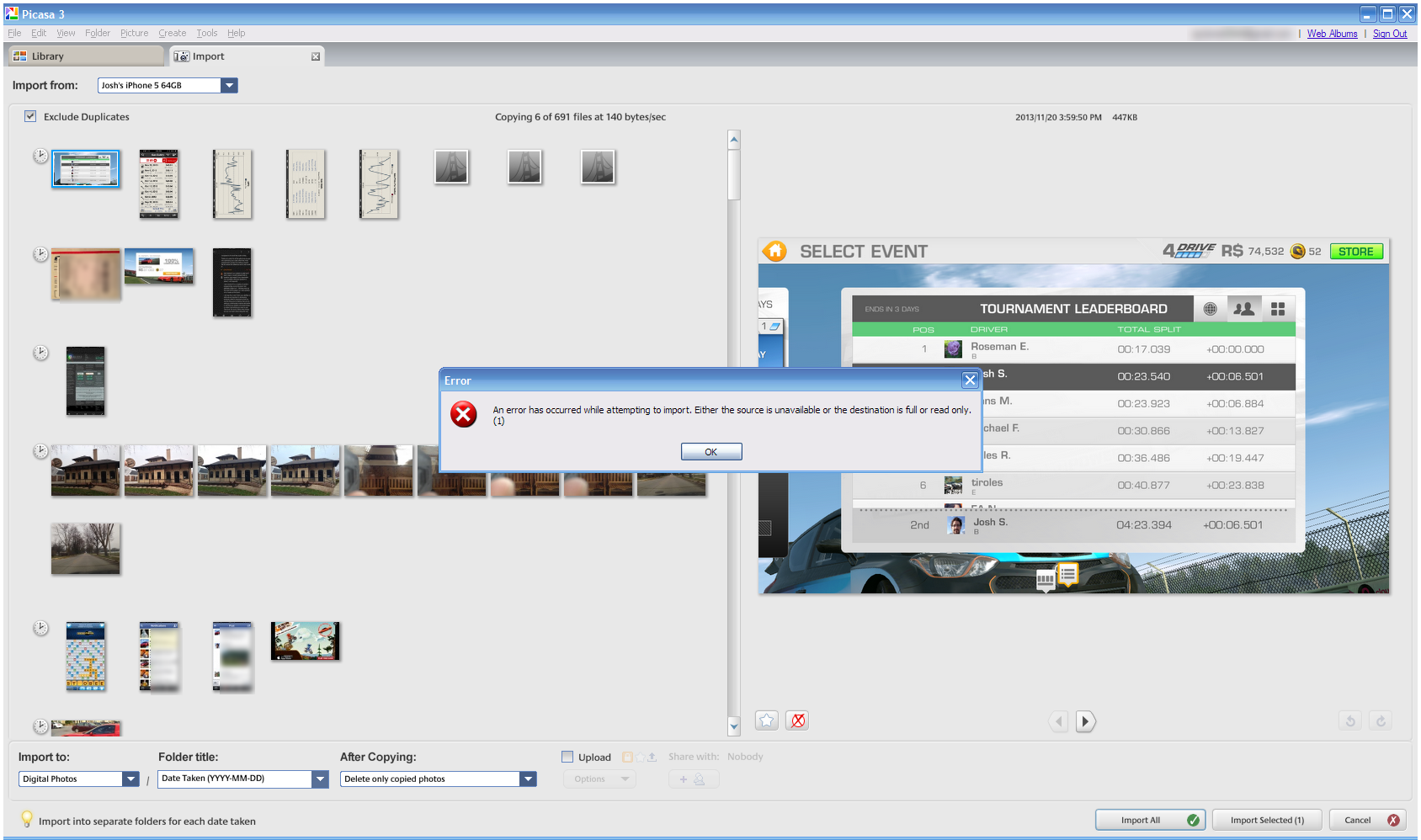 But clearly the files are not exactly duplicate named .XMP files - because the Camera Roll itself shows the correct images (which are obivously larger than the 323 bytes they are claiming to be in Scanner and Camera Wizard), and because you can also see the thumbnails in the regular wizard mode of S.C.W.

What is causing this and how can I best proceed?

As "TJ Luoma" points out in the comment, the XMP files are used to allow non-destructive editing. It's a great idea but it's a very new standard (?) from Adobe and is therefore not adopted properly by everyone yet.

The new Apple Photos app (due to come out in USA Spring 2015) syncs changes between devices using this XMP concept. That software should be able to read the files and edits properly.

In the mean time, there's not much you can do. Perhaps Adobe have an open source solution. In my experience, the XMP files are not sent from the device (iPhone 5s tested). Therefore, iPhoto 9.6, "Image Capture" on the mac and Google Picasa all failed to read the photos properly.

Not the answer you're looking for? Browse other questions tagged iphone photos image-editing import ios .