iMac (model 2009, purchased in late 2012) sometimes becomes extremely slow. I've opened the "System monitor" and discovered that there is a huge lack of RAM. 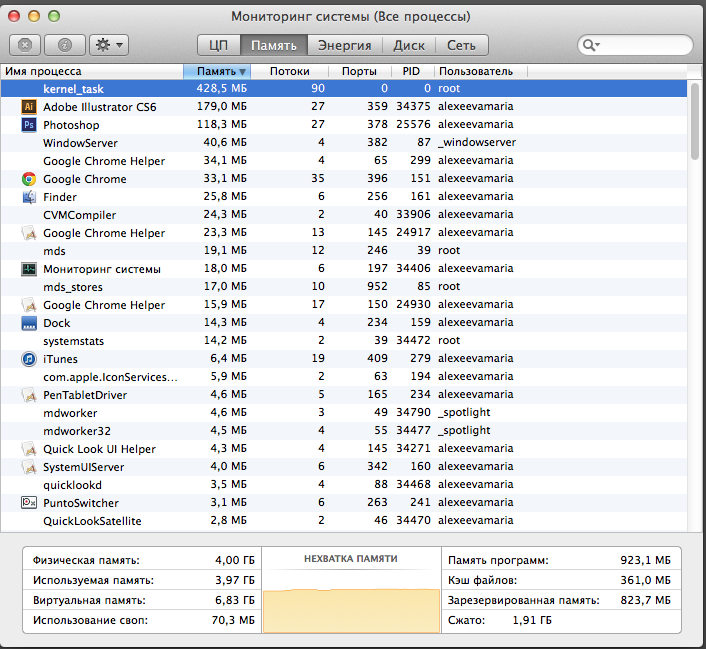 But as you can see there is no app occupying all the memory (except the kernel_task, i've got no idea what it is). The 2nd pic show that CPU is alright. 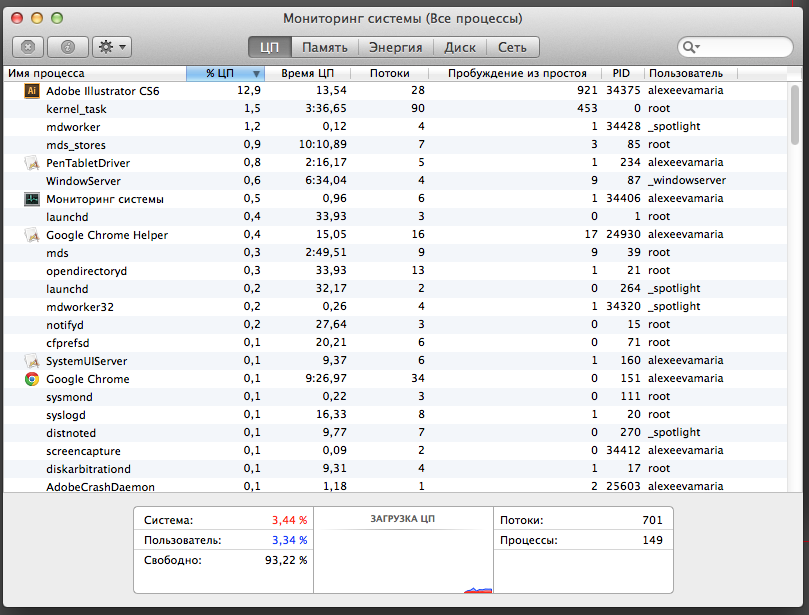 I've tried to make "sudo purge" and it helps a little, but a few minutes later lags come back. I don't want just to get more memory, coz I don't understand why 4 GB isn't enough when the largest app - Photoshop - uses only 179 MB. If you got any idea what can be the reason you're welcome.

p.s. Sorry for the pictures are on Russian, but I'm sure it won't be a big trouble). If necessary, i can give any screenshots.

The memory pressure (yellow part at the bottom of the first screenshot) so I recommend upping your ram to at least 8 gigs of RAM (or even 16 if you can afford it). To see what kind of RAM you need, see HT1423 .

Not the answer you're looking for? Browse other questions tagged imac memory performance .