I have a Logitech Bluetooth Keyboard for Android similar to the one shown here at BestBuy. The one I have is older and isn't printed the same as either model shown on BestBuy's website, but it has the same number of keys in the same place.

Is there anyway I can manually map the bottom row of keys to match certain keys for Apple, such as Fn, Control, Alt/Option and Command? This would be really helpful and would let me share one bluetooth keyboard between my Android tablet and Macbook. I prefer this to a wireless keyboard is it already has a carrying case and is very light weight.

Any help is appreciated!

EDIT It appears, the closest to mine is now the Windows 8 RT / Android keyboard here, but it still doesn't have the same keyboard layout.

My keyboard has 4 buttons to the left of the space bar and 3 buttons between space and the arrows. So it has the same button positions, just different labels. Here is a pic of the one I'm using. The biggest thing is that mine doesn't have a "CMD" button, I really only need to fix the mapping so that the little search icon will act as the Apple Command button and then I would be good to go. Any ideas? 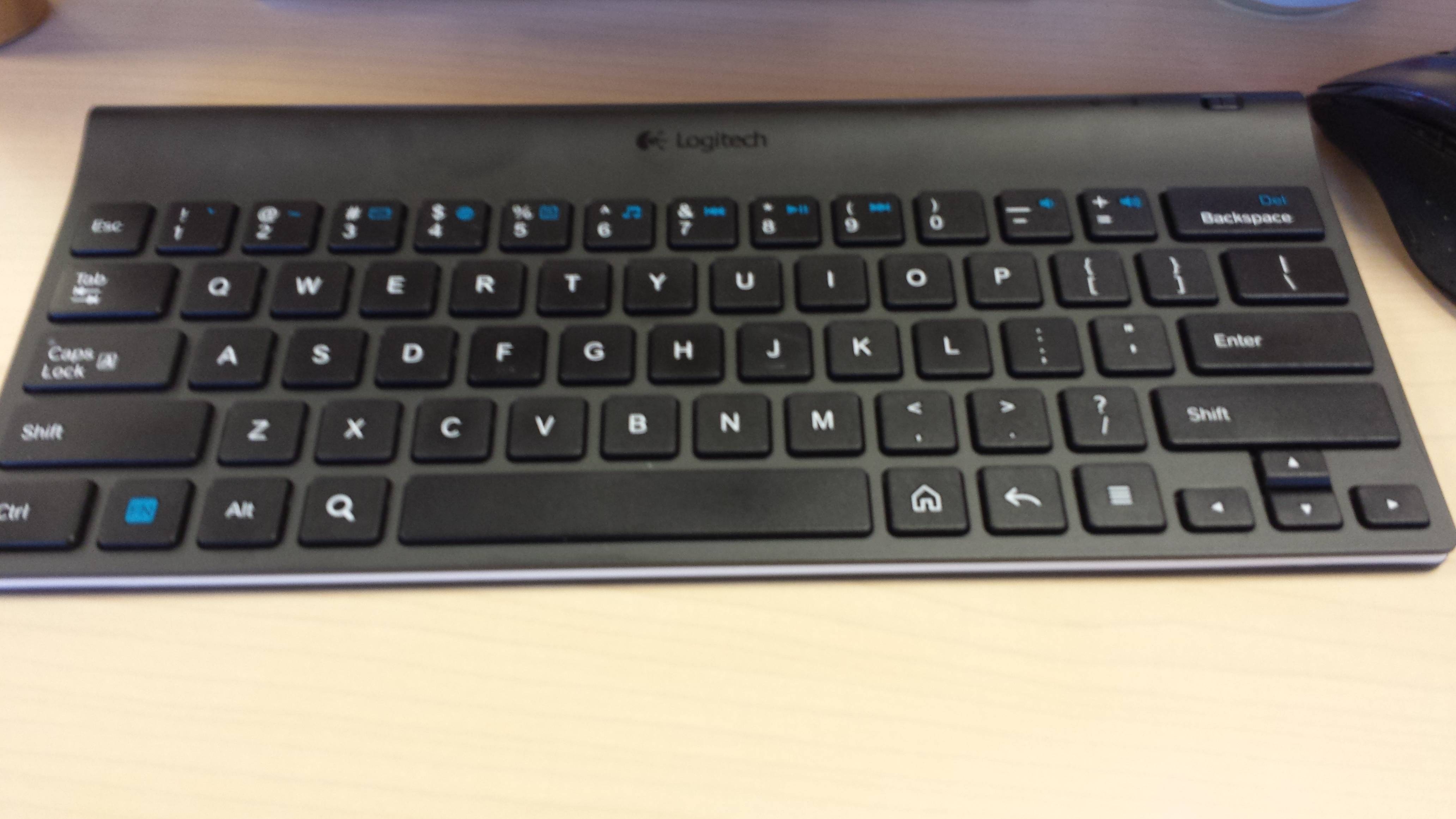 ** EDIT TWO ** Using the recommendation found in the accepted answer below, I started playing with the PCKeyboardHack and KeyRemap4MacBook software. I want to add for anyone who comes here looking for an answer to a similar problem, the two pieces of software shown above are both very good and using the instructions in the shown answer, should allow you to map any extra keys found on most keyboards. The problem with the older Logitech Android keyboard is that his software and the Macbook are apparently not recognizing those keys at all.

I appreciate all the help!

Forum entry explained problem I experienced, by a user who tried to do this awhile back.

UPDATE!!! To anybody who came here with a 3rd party keyboard/Mac setup but was unable to download the software above. I had this same problem. It's not a solution for remapping the entire keyboard, but if you want to just be able to remap your command/flower button, follow the instructions at the following article: https://www.makeuseof.com/tag/use-customize-third-party-keyboard-mac/

You can customize your external keyboard and remap certain keys by going to System Preferences > Keyboard on your Mac. It's especially important to do this if you're using a Windows keyboard to make sure the keys behave how you want them to.

Click Change Keyboard Type to help your Mac detect what kind of keyboard you're using: Razer, Steelseries, Logitech, and so on. Follow the keyboard wizard that appears, asking you to press various keys. Based on these results, you Mac will set up the default settings for your keyboard layout. 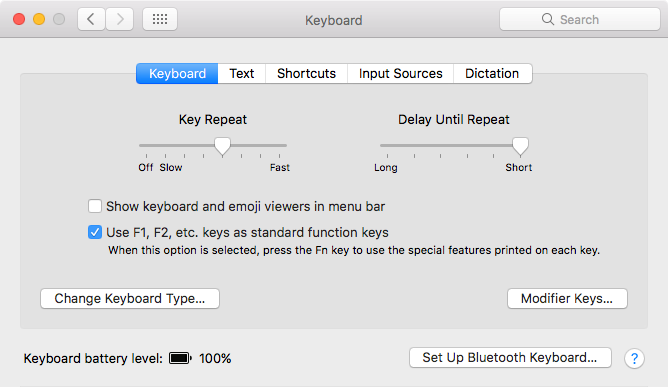 Click Modifier Keys to rearrange the keys that combine with others to perform certain actions. From left to right, the modifier keys on an Apple keyboard read Control, Option, Cmd whereas non-Apple keyboards usually read Control, Windows, Alt.

By default, macOS registers the Windows key as Cmd and the Alt key as Option. So you may want to remap the modifier keys for your external keyboard to match Apple's keyboard layout and keep the order of these modifier keys the same. This is especially useful if you get confused switching between Apple and third-party keyboards. 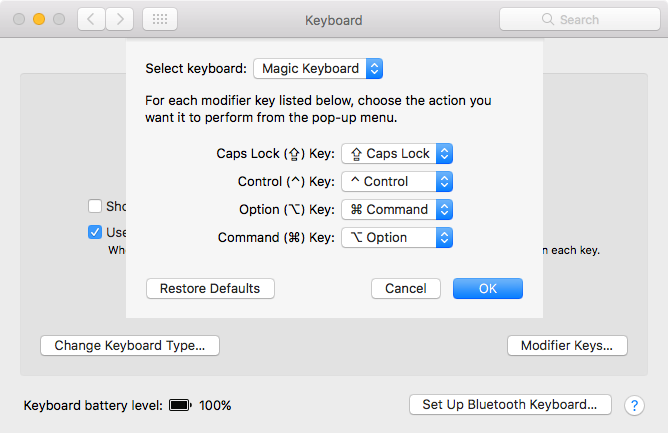 Consider enabling the checkbox for Use F1, F2, etc. keys as standard function keys if you have a third-party keyboard that shares media keys with function keys.

Not the answer you're looking for? Browse other questions tagged keyboard macos macbook-pro bluetooth .