How can I get a high-quality screen capture on a mac?

The screen capture shortcut on the Mac is one of the most useful tools I know. It grabs the screen and neatly places a .png file onto your desktop.

But is this the highest quality screen capture you can get? Is it possible to get a higher resolution screen capture? Are there any ways to tinker with the settings of this command?

Today's operating systems are resolution-dependent: everything you see screen is either being shown at actual size (e.g. a 10-pixel-by-10-pixel icon which has actually drawn as 10 pixels by 10 pixels) or has been rendered at some pixel dimensions. So, the size of objects on a computer display is entirely dependent on the pixel density of the display — a higher-resolution screen (or screen capture!) would make everything smaller.

An interesting example of this is Apple's iPhone 4 — its screen has a higher resolution (and pixel density, since the screen is the same physical size) than previous models. Apple had to craft bigger icons to keep everything the same apparent size, and screenshots from iPhone 4 are much larger than older models.

You can change the format of screenshots, and the folder where they're dropped, using utilities like TinkerTool.

Using the terminal you can change the file type to jpeg, which can give you more compressed file sizes.

Instead of jpg you can also set it to many other file types including tiff, pdf, png, bmp or pict. Try which one works best in your case.

I have experimented a bit with this, and I found out that on a non retina display, a screen capture is done with 150 dpi when using the pdf format from the commandline.

As far as I can see, the resolution from the other formats is at a mere 72 dpi.

So, pdf must be the best format to do the original screen capture with, and then convert it to jpeg, png or whatever afterwards.

On retina displays we can accomplish this by visiting: System Preferences >> Displays, making sure the resolution is set to "Scaled" and selecting the "Larger Text" option. 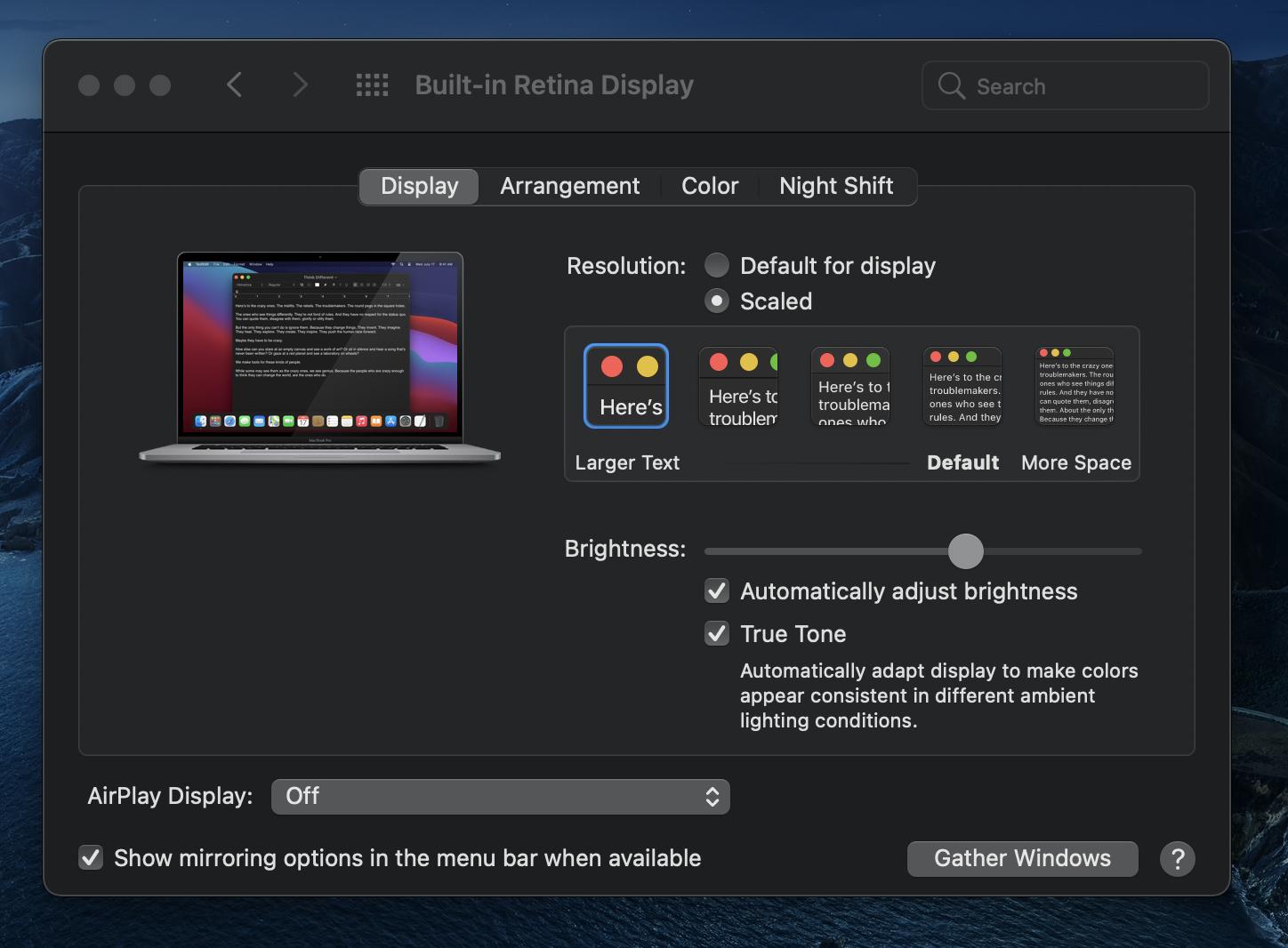 I am not sure why people say this is not possible. PNGs will always use lossless compression. You can save a much better quality screenshot by switching the screenshot type to TIFFs.

Not the answer you're looking for? Browse other questions tagged mac screen-capture .

12
Extract an image file of my signature from Preview?

2
Mac Mini + HP 3065 - resolution
5
How can I get `defaults write com.apple.screencapture` to change screen capture location in Mountain Lion
1
Regional Screenshot Capture: Freeze Screen Before Capture?
2
How to screen capture high-quality for printing for 300 DPI?
18
Screenshot the entire web-page
0
How to capture a high quality screeshot in 1920 x 1080?
3
screenshot showing dimensions 2880x1800 but resolution 144x144
1
macOS Catalina: Whenever I attempt to take screen-capture via Terminal, I only get image of naked desktop background