How do you install and use a Linux partition on Mavericks?

As a just-for-fun type of experiment, I was wanting to install Linux on an external drive that I own and boot it up on my 2007 iMac desktop.

I know there are a plethora of guides out there on how to do this, but I have not encountered one yet about if it remains the same on 10.9. I have read, however, that the software that lets you dual-boot Mac OS X and Linux is broken on Mavericks, which is where my reluctance comes from.

The primary reference that I looked at for how to install Linux onto Mac OS X (on a separate partition) was written for Tiger (see here; MacLife magazine), so I assume there are some things to be updated in that respect.

Furthermore, the boot menu that I have heard has broken on Mavericks is rEFIt. I noticed that it is no longer maintained, and there is the project known as rEFInd that is maintained.

So far, I have tried to use an install DVD to boot up Fedora on my machine, but I can't get my system to recognize the Fedora DVD in any way. I have tried holding down the 'C' key and the 'option' key to try to get it to recognize it, but I never see it outside of my desktop when I'm logged in on Mac OS X. All I have put on the disc is the ISO of Fedora. 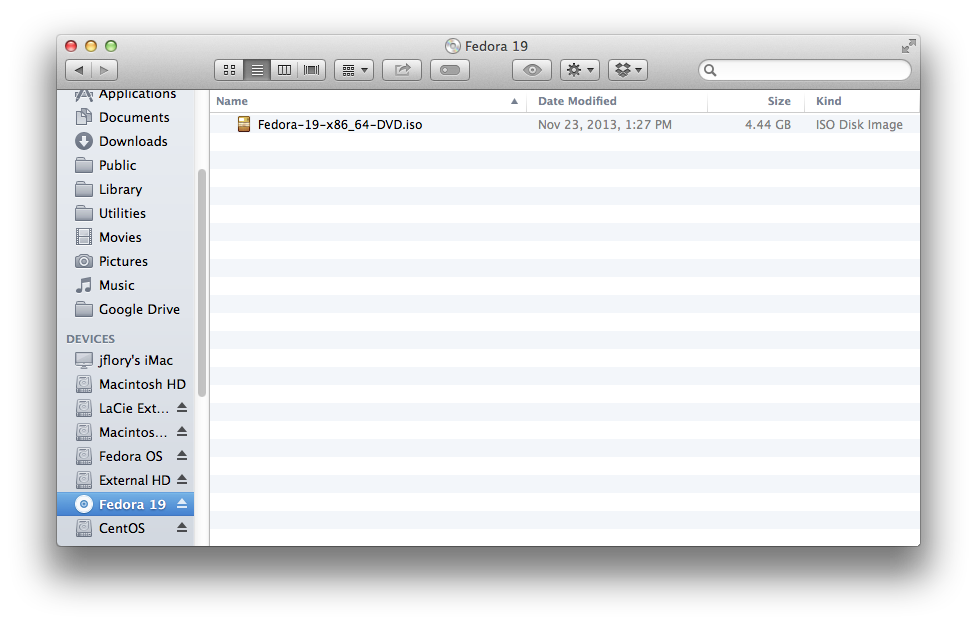 Additionally, after this, I have tried putting the necessary files for installation on an external drive partition that I want to install Fedora on full-time; however, I am also having issues with that as well. Neither rEFInd nor the system recognizes the hard drive as a bootable partition. I was starting to wonder if it might be because the drive is formatted as an exFAT partition? 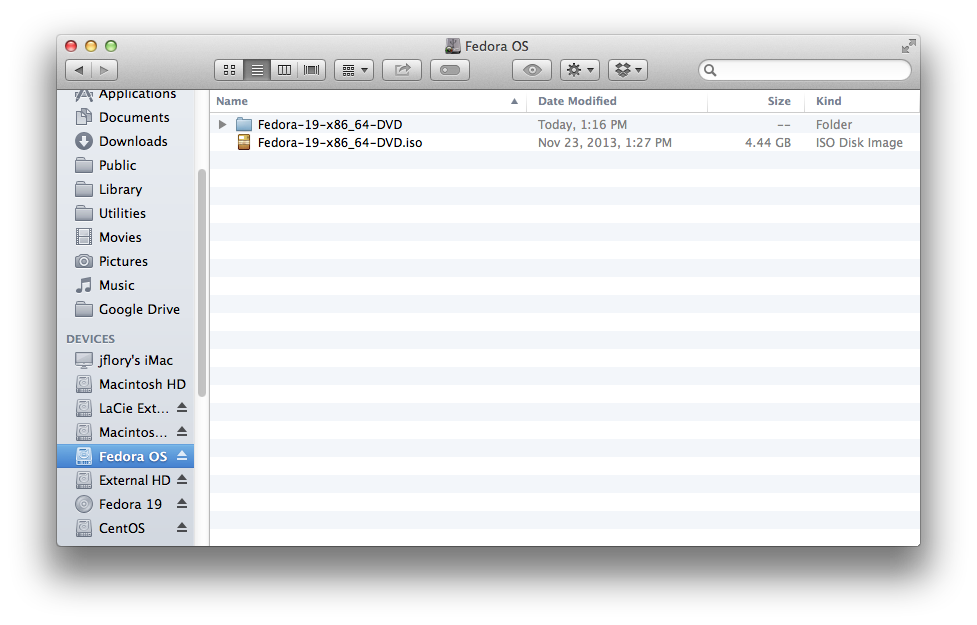 I just need to know if that there is currently a safe way to install Linux on an external hard drive for use on my computer. Thanks!

This is getting increasingly harder over time. Instead of creating a bootable Linux partition, I find it much easier to simply install virtualBox and create a Linux virtual machine instead.

Sorry to hear that rEFIt it broken is Mavericks, I'm sure they'll fix it soon enough.

In either case you can still select an alternate boot drive by holding option on system startup. The Mac will show you any devices that are connected and bootable, and you can just pick one to start up on (Likewise from the Startup Disk preference pane in System Preferences). This should play nice with Linux.

As for installing, just boot up off the Linux installer with option and point it at whatever partition you want to install to. No stress!

freeradicalxfreeradicalx
8122 bronze badges
add a comment  |
0
Want to improve this post? Provide detailed answers to this question, including citations and an explanation of why your answer is correct. Answers without enough detail may be edited or deleted.

you can't simply place the fedora disk images (.iso) onto the dvd, you must burn it onto the dvd using a command such as "dd" or by using disk utility

Not the answer you're looking for? Browse other questions tagged macos boot partition unix dual-boot .