I had recently opened the laptop to change the HD, so I thought I had touched the camera connection, or something -- but then I found the camera works in one app!!

Checking in System Information, I can see the camera listed so it's not a "hardware not connected" problem: 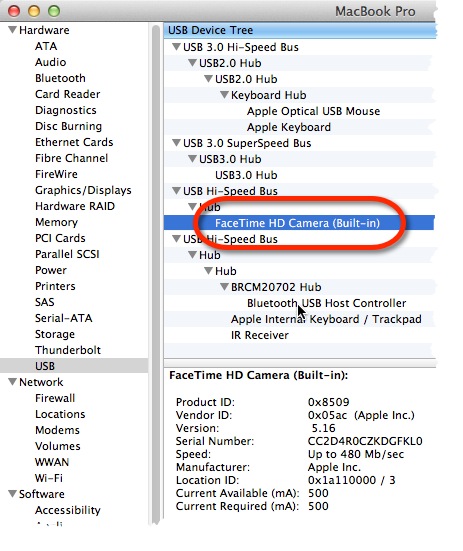 So imagine my shock when mucking about in a Webex, I noticed the "camera" icon and I clicked it, thinking that it wouldn't work, and the result was: 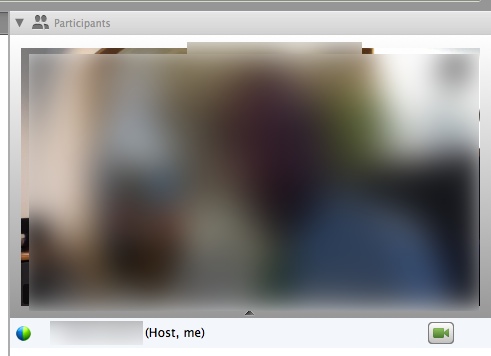 (I've blurred my ugly mug in the picture to protect the sensibility of innocent bystanders!)

So, any hints of what might be the issue??

Just as a follow-up

After a few days (and a reboot, I believe but I'm not sure), the camera started working again for all that didn't, and "stayed" working for the ones that it didn't...

I'm a bit miffed by it, and if I can reproduce again will re-post here.

Not the answer you're looking for? Browse other questions tagged macbook-pro facetime webcam .

4
rMBP Late 2013 Facetime HD Camera Not Working
1
What is the framerate of the macbook pro mid 2012 non retina facetime hd camera?
1
USB ethernet adapter not working with 2012 Retina MBP
1
Macbook webcam only shows black and green LED is always on
1
Can I use any hardware on MBP retina late 2012 on a MBP mid 2012 (non retina)?
1
How can I make Logitech a 4K PRO MAGNETIC WEBCAM work with a mid-2011 Mac mini?
1
Why does my Logitech C920 camera turn off and on again during recording with Photo Booth?
0
Webcam not working after MacOS update to version 11.2.1