I went to run LibreOffice on my OS X 10.9 and it would not let me install it. It said it was from an unidentified developer. I'm aware of the security features of the Mac and went to System Preferences to allow the software to run.

When I opened this setting I saw a button that said, '"LibreOffice" was blocked from opening because it is not from an identified developer.' and there was a button next to it that said "Open Anyway". I clicked this button and nothing happened. I clicked it multiple times, like a hundred, out of frustration. Is there something else I need to do? Could someone verify this is not a bug?

UPDATE:
I've included the photo below of what my System Preferences screen looked like and the button I pushed that didn't work.

UPDATE II:
So I tried opening the application again and went into the system preferences and pressed the "Open Anyway" button again and nothing happened at first but a few minutes later while I was typing an email something flashed across my screen, possibly another dialog (or more likely a chewpacabra), but it quickly disappeared and the next thing I know LibreOffice launched! 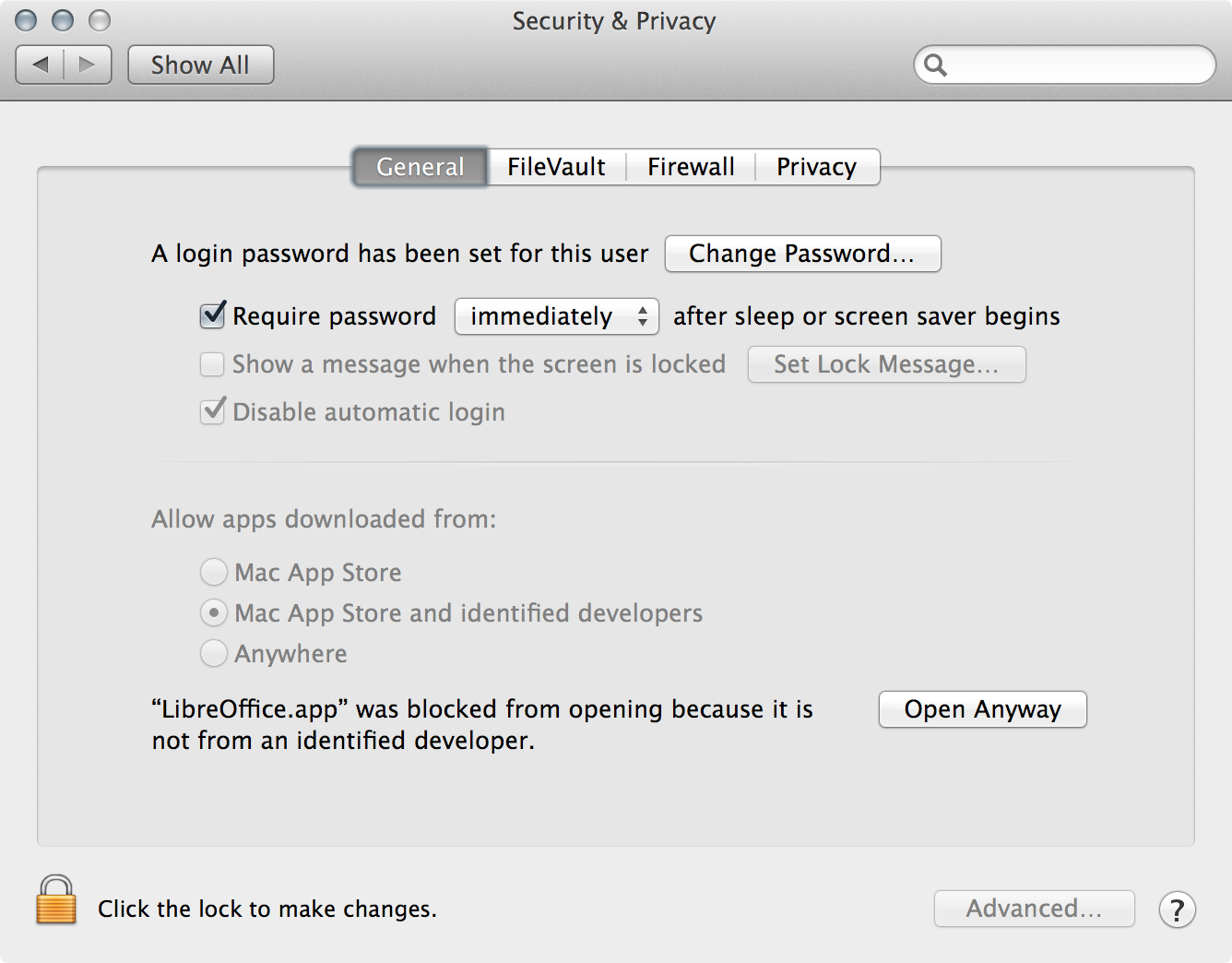 If you don't set it to Anywhere, to run the app right-click (⌃ ctrl-click) on the app and select Open, then take it from there (this is only needed the first time you launch the app).

I downloaded LibreOffice 4.1.2 on OS X 10.9 and tested this (I have my security setting at Mac App Store and identified developers) and was able to launch without any problems as above.

Sorry, this may be obvious, but your screenshot shows a locked padlock in the lower left corner. Did you try clicking this and entering your password before pressing the "Open Anyway?" button?

Not the answer you're looking for? Browse other questions tagged install security preferences .

1
Downloaded app won't open because it is from an unidentified developer
0
How to force the opening of UNetBootin?
1
Weka software in app
3
Does LibreOffice work on OS X 10.9 Mavericks?
2
Gatekeeper won't let LibreOffice open .csv files