What does Security & Privacy/Accessibility enable?

After upgrading to OS X 10.9 Mavericks, the System Preferences app occasionally opens itself to "Security & Privacy", with "Accessibility" selected. 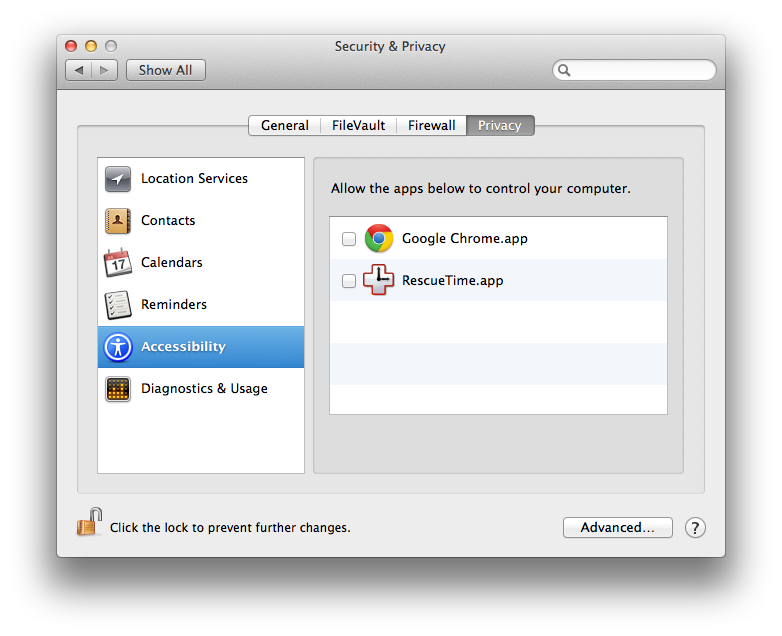 My guess is that one of the apps listed there really wants to be enabled. But I'm hesitant to do so unless I know what level of "control" they are granted. The fact that it's listed as an "Accessibility" option is particularly weird.

What permissions would I be giving to an application if I enabled their control on the accessibility list?

In essence, the 'assistive devices' feature gives apps the ability to control other apps. It was intended to give assistive applications the ability to read the screen and process information for other methods of interaction, such as VoiceOver or braille readers. However, other apps use the same feature to 'plug in' to other apps.

It doesn't give apps any more access to your data than the app would already have, however there's nothing stopping it from giving itself access to your data by clicking the relevant buttons in the GUI (i.e. opening Get Info and adjusting the file permissions). Despite all this, it would still require that you enter your password.

In conclusion, it simply allows apps to press buttons in other apps and read data from other apps.

3
possible malware called FISE in Accessibility (Privacy & Security)
1
System Preferences - 'Allow the apps below to control your computer'. What is the extent of 'control'?