Garbled screen after upgrading to Mavericks on Retina

I upgraded then later clean-installed Mavericks on my Macbook Pro Retina 13". In both installations, my screen suddenly started displaying (I believe after screensaver or screen shut-off - the computer itself wasn't asleep) these artifacts on the bottom half of the screen (whose colors etc. change as things change on the rest of the screen). I've attached a screenshot, which actually captures this.

I tried suspending and resuming but the artifacts persisted. I was able to make it go away by changing my display resolution. Also, it just happened again, but this time the entire screen was garbled (unlike in the screenshot below)—I got very lucky in fumbling my way toward changing the screen res, otherwise I'd need to reboot the system.

Only software I have installed are VirtualBox (prime suspect), OSXFUSE/SSHFS, Tunnelblick, iTerm2, and Google Chrome. I have uninstalled VirtualBox for now to see if the problem goes away, but unfortunately I need it for work.

This problem hadn't happened before upgrading to Mavericks. Another issue, which may or may not be related, was that my system did entirely freeze up once yesterday some time after the upgrade (but before I had seen any screen garbling). Any help would be greatly appreciated. Thanks. 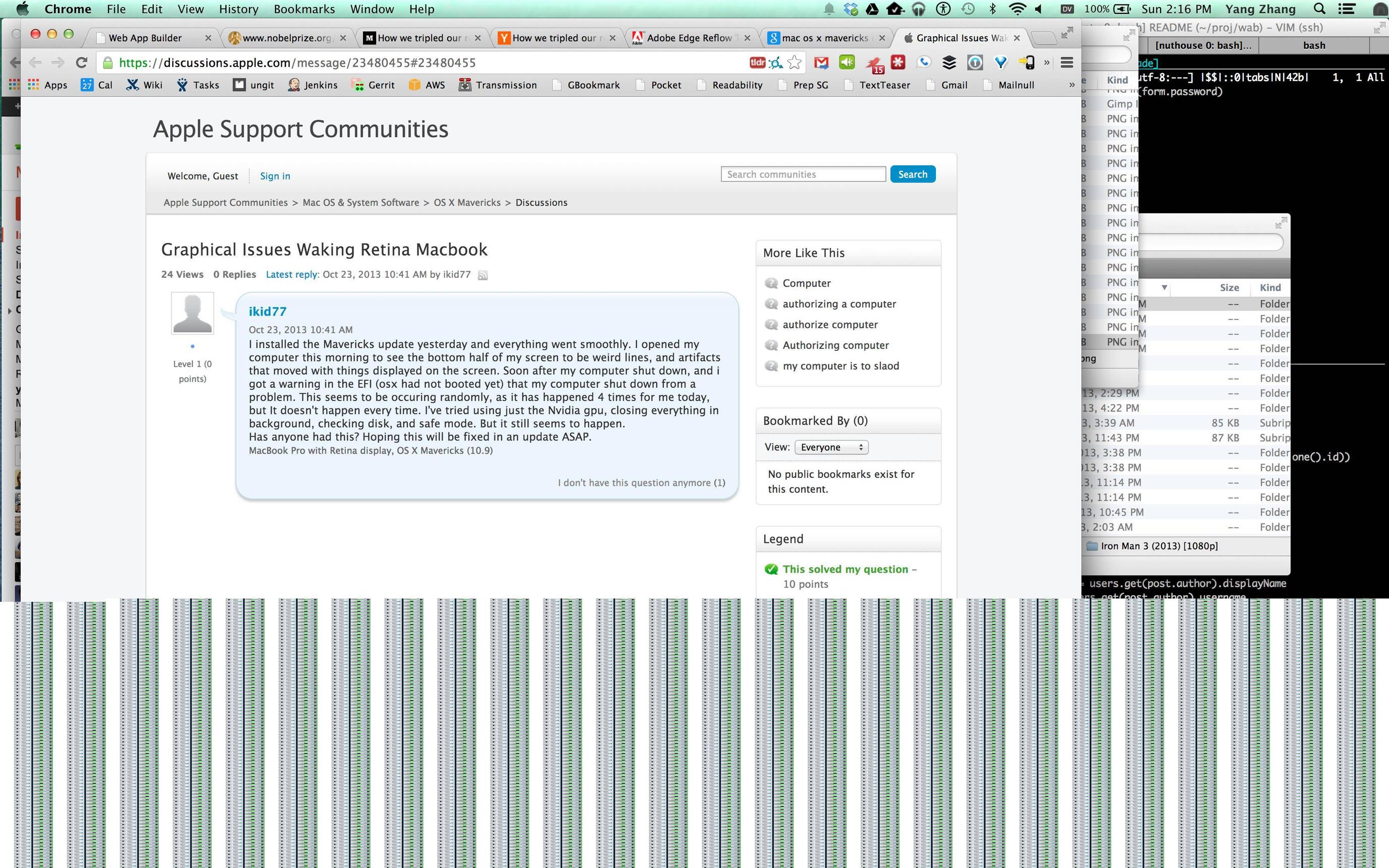 This looks like GPU failure/overheating. Try cooling your laptop and see if it still occurs. Maybe Mavericks has just tipped it 'over the edge' in terms of demands and caused a problem that was going to occur in the next couple of months.

Not the answer you're looking for? Browse other questions tagged macbook-pro display macos screen .