I upgraded to Mavericks yesterday, and everything seemed to go fine, but today I noticed that my computer was becoming a bit slow. I checked Activity Monitor, and CPU / disk were at normal levels so I checked memory use, only to find this: 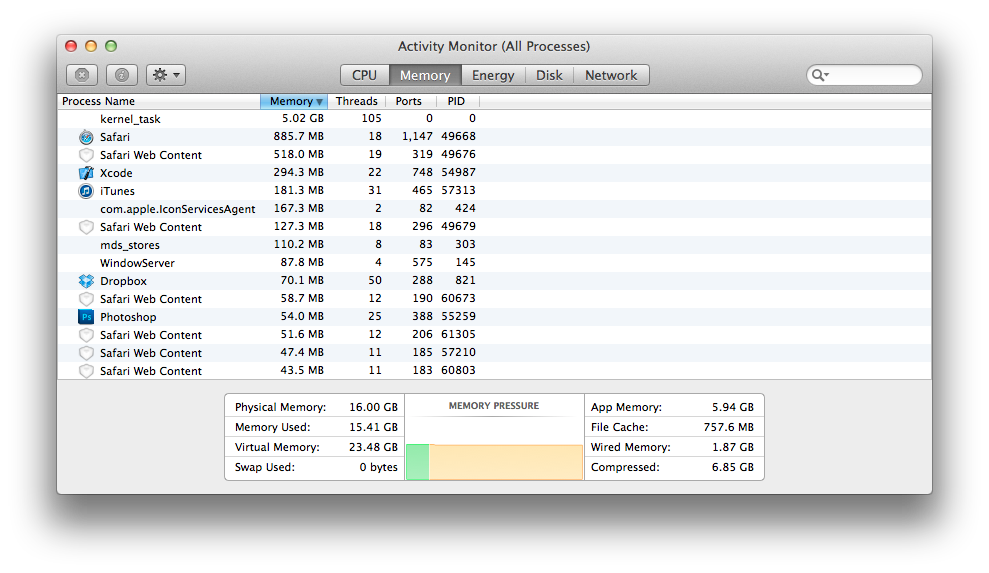 The kernel is taking over 5 GB of memory? Surely this is not normal? The machine has 16 GB of RAM. Any ideas on what would cause this and/or how to debug? 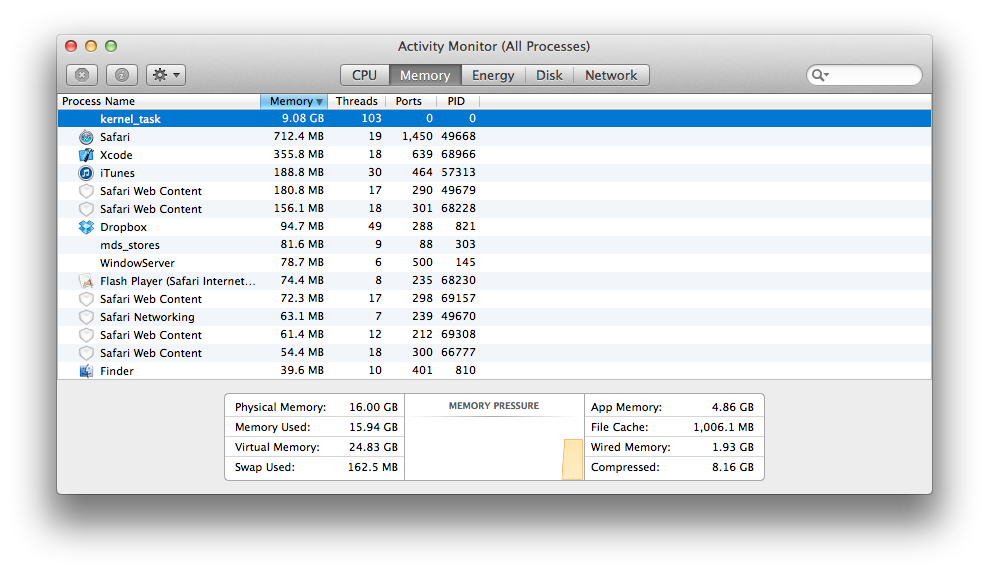 A reboot seems to clear my system that experiences similar RAM allocation for the kernel, but it will climb up again over time. I have chatted with Apple support and they suggested an SMC reset, which I did along with a PRAM reset and so far, it seems to be under control. It's hovered just under 1GB as I've been working, and watched it dip down a couple of times when some apps were idle.

Open Activity Monitor and FORCE QUIT that process and watch the kernel usage drop down to normal levels. Unfortunately, you have to do this after every startup as it appears to be leaking memory on builds lower than 10.9.1 and 13B42.

Fontbook was the cause for me, running at 3.9GB and kernel_task at 9GB. Force quitting fontbook caused the kernel_task to drop to 1.12GB and give my fan a break.

Not the answer you're looking for? Browse other questions tagged memory macos kernel .

106
What features of Mavericks are beneficial to you?
3
What does “Vector 0xdd(TMR)” do and how can I fix a problem that I'm having with it?
3
softwaredownloadd consuming insane amounts of RAM
1
Reduce Maverick Memory Footprint