Other than size, what's the difference between the iPad Air and the Retina iPad mini?

They both have an A7 processor, the new MIMO wifi, etc.

What, if anything, are the technical or spec differences other than screen size?

The only differences are the prices, height, width, weight, screen size, and density. Everything else, including the battery life and thickness surprisingly, is exactly the same:

To a first approximation, the performance of the iPad Air and the retina iPad Mini are identical due to the same M7 CPU in all three devices. Most everyday tasks won't run any faster or slower on the iPhone 5s versus the two new iPads. The primary observable difference (other than physical dimensions) is longer battery run time of the Air.

Now if you are benchmarking things and measuring things to the % or fraction of a per-cent, there are reliable reports of slight differences with the Air being marginally faster than the phone and Mini.

The first effect is the iPad Air runs the CPU at a slightly higher 1.4 GHz nominal clock rate whereas the iPhone 5s and iPad Mini start with clock rates of 1.3 GHz. Now, chips like these don't run at full speed until they have significant loads and often will run at lower clock rates when mostly idle (or sleep a substantial portion of the time when able) in order to conserve battery power.

I would also expect that the Air is able to maintain the full CPU speed longer when running a sustained task since the heat generated by the A7 CPU can be cooled better when in thermal contact with a much larger chunk of aluminum which also has a larger surface area to radiate the heat away.

So if you are going to encode video or process a podcast and that operation takes 25 minutes - you might expect the Air to complete the task even faster than the 1.4/1.3 CPU clock speed ration if the Mini and iPhone 5S can't radiate away the heat and have to reduce clock speed further to keep the heat generation within limits.

Anandtech has a very nice graph that shows both of these effects clearly. 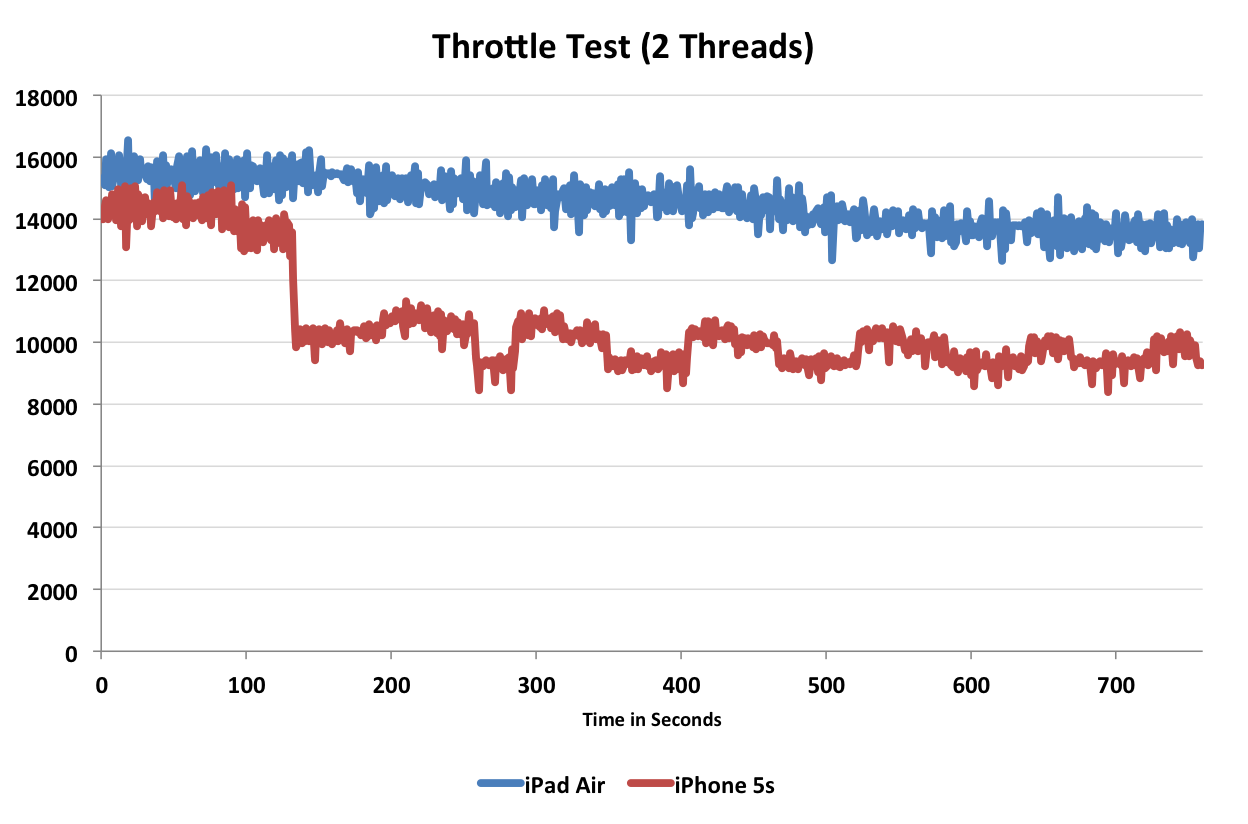 You can see the blue iPad Air lines clustered to the left a few percent higher than the red iPhone 5s lines and then the iPhone 5s either throttles down the performance to save power or stay within thermal limits.

Luckily Anandtech ran a second review of the retina Mini and report that thermal considerations are strongly suspected to make up the performance difference over long task runs between the iPad Air, iPad Mini and iPhone 5s: 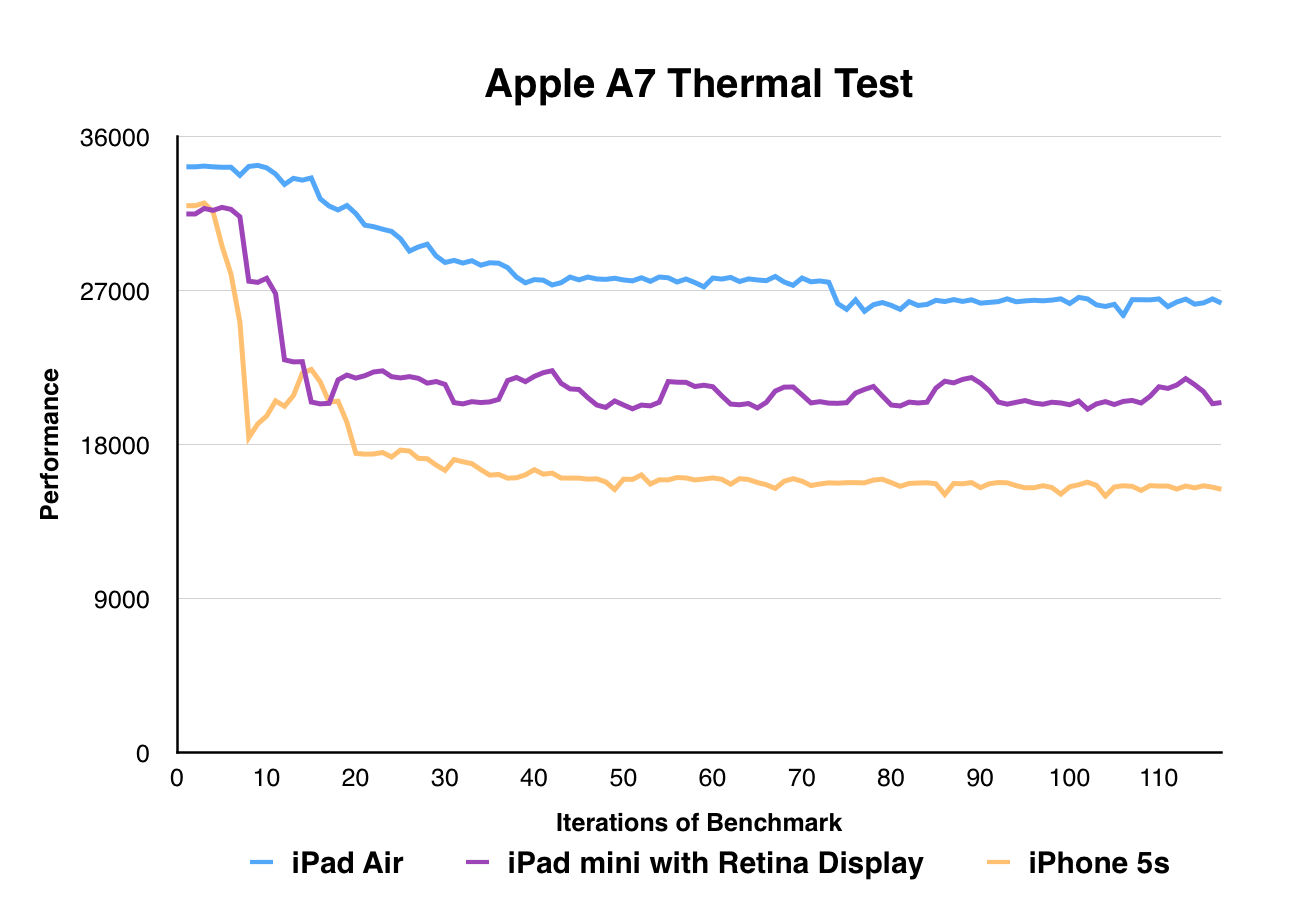 An alternative comparison of the two tablets highlighting:

Not the answer you're looking for? Browse other questions tagged ipad hardware .