I have an AT&T iPhone 4 running iOS version 5.1.1. My contract with AT&T is complete, and they have authorized my unlock. However, the process is to backup and restore from iTunes, according to the instructions they sent.

It seems like an obvious question, but I couldn't find the answer searching. Does going through that process upgrade the operating system? I do not want to upgrade the OS because I am concerned it will make the phone slow.

UPDATE: I followed the instructions from M K, with the results described EXCEPT no iTunes unlock message.

However, even though I had received an immediate response on the AT&T portal with instructions how to unlock, 24 hours later I received an email from AT&T, containing the same instructions as the portal, but now asking me to wait 24 hours after receipt of the email. So I will wait and try again tomorrow.

UPDATE #2: I followed the instructions from M.K. again on the following day, 48 hours after I had submitted my request, with the results described EXCEPT that when I reconnected the phone, iTunes gave me a spinning beach ball, and then crashed. Then I got a message box telling me that iTunes quit unexpectedly. I took the "restart" option. iTunes came up, processed for about 20 seconds, and then gave me the message that my iPhone had been unlocked, in the main iTunes window. No OS update (still version 5.1.1) Thanks! 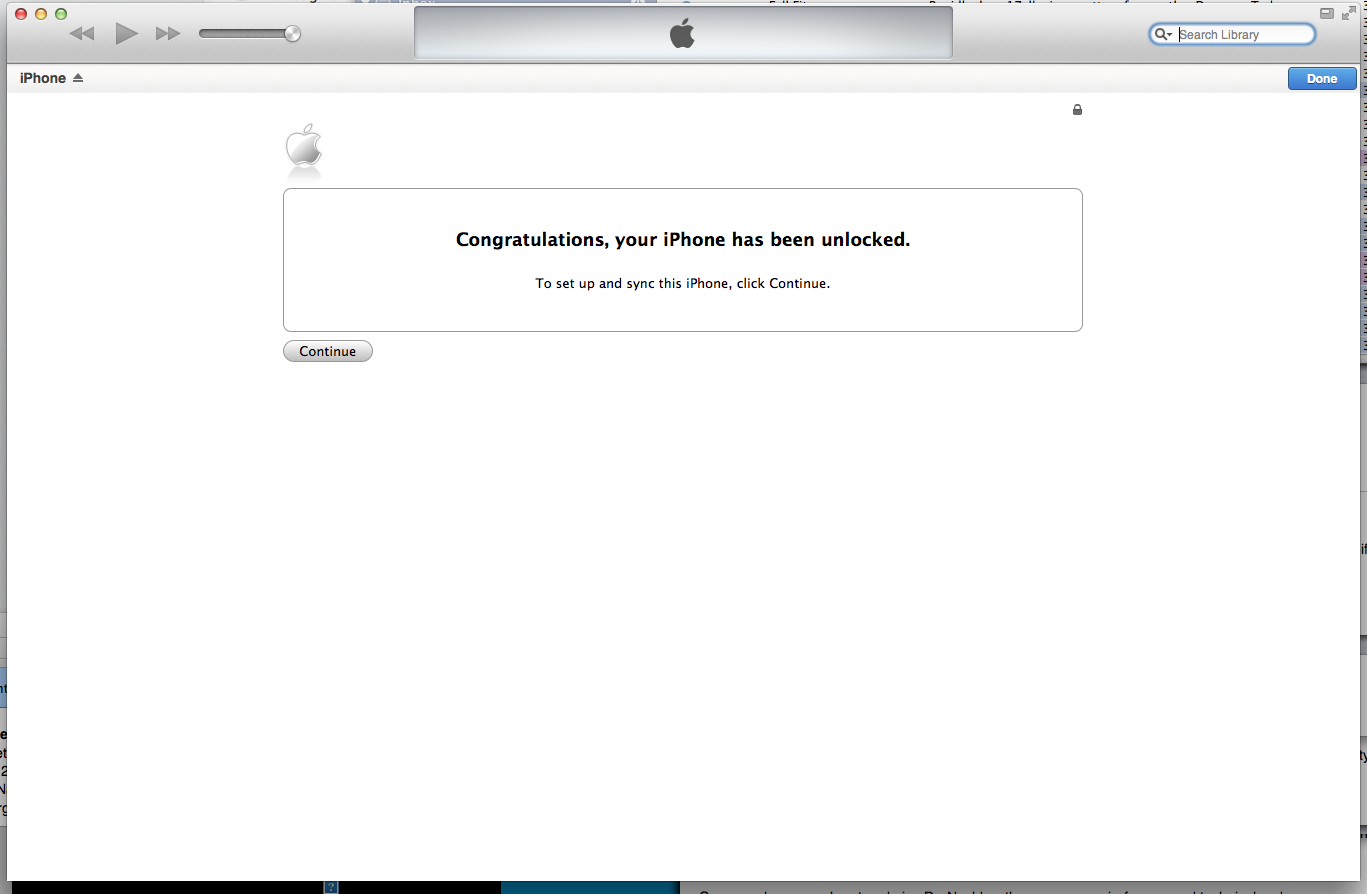 UPDATE #3: The unlocked phone is, in fact, unlocked -- I took it to Sri Lanka and the Maldives. In each country, I was able to buy a cheap GSM card, only about $3 in Sri Lanka, which let me surf the Internet and make and receive local calls for the week I was there. And I am still running iOS version 5.1.1

Yes, a backup and restore will force iTunes to update the device with the latest version of iOS. In order to get around it, follow a slightly different procedure described at How to restore iOS without updating (edited instructions here):

My experience is also that you do have to perform a full restore of your device to have it check for and implement a carrier unlock. Since the signing window is closed for iOS 5 on iPhone 4, you won't be able to avoid updating to iOS 7 the next time you restore that device. It's not that the unlock needs theograde, just the flash of the device firmware and radio software.

Also, I haven't seen the untethered erase all content and settings help for properly unlocking, but if you have a good backup, you stand to lose nothing but time in trying that.

The good news is you don't have to erase the device now - once the unlock is entered in the system, it will trigger the next time you restore while connected to iTunes.

Not the answer you're looking for? Browse other questions tagged iphone ios unlock .

3
What are the high level steps and limitations for unlocking & jailbreaking an original iPhone
1
Jailbreak an officially unlocked iPhone
10
Was my AT&T-approved iPhone 4 unlock successful?
1
iPhone 4S unlock and/or jailbreak?
1
Which carriers will my unlocked AT&T iPhone 4s work with?
2
How do I tell if my AT&T iPhone 5 is unlocked?
0
How would I unlock an iPhone while out of the country?
1
Carrier SIM card and unlocking issues...
0
iPhone 6 Plus Unlocking