The apps Google Maps and Waze request access to the microphone. 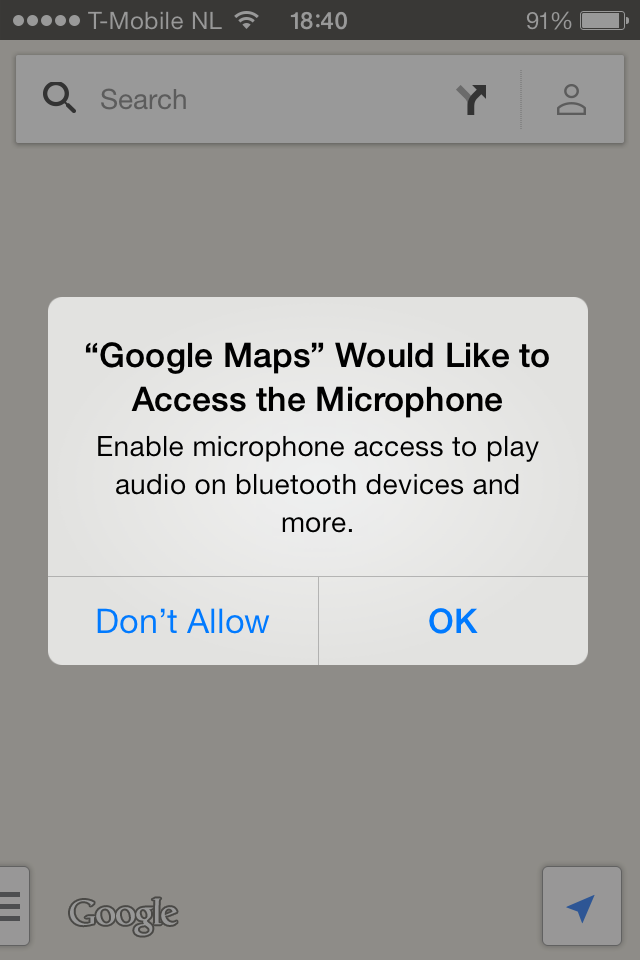 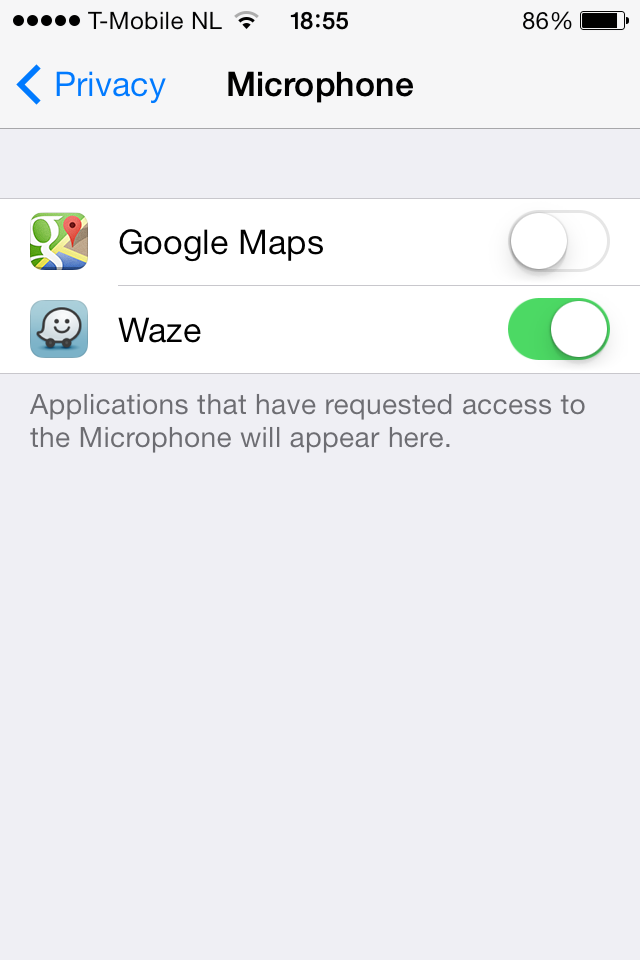 The explanation doesn't make sense to me. What does "play audio on bluetooth devices" have to do with the microphone? And what does "more" include?

It's a new permission that Apple added with iOS 7 to let you know which apps need to access the microphone.

Now, for those apps that do not relate to the microphone, my guess would be one of 2 things:

Either way, we should see less of these pop up messages as iOS 7 becomes more mainstream and developers get the time to update their apps fully.

In my experience, not a single app "broke" for denying it access to the microphone, so it should be fine to hit "Don't Allow".

Either the bluetooth audio profile itself is incapable of allowing sound out with also enabling sound in or Apple programmed things to be linked together.

I can't imagine what waze is doing with microphone entitlements, but you could always ask them on their support forum. Google's notification makes sense to me and I bet you would find that google maps audible direction works just fine even if you deny microphone access.

I have heard of devices and apps using sound to locate nearby phones and do proximity location within buildings and malls. I bet Google is working on that even if the app you have isn't making use of that yet.

Not the answer you're looking for? Browse other questions tagged settings ios microphone privacy .

3
Internal microphone does not register input in System Preferences -> Sound but registers in dictation and speech
0
Use a USB sound card with multiple input lines in apps like Skype or Dictation?
1
External Bluetooth Microphone - iPad
1
How can I use my Bluetooth speaker for 2 Apps Spotify + Microphone Apps at same time?
2
Internal macbook pro microphone not working on any browser, but working in apps (skype, slack, photo booth)
1
Privacy and Google Apps for iOS
0
Catalina - Apps that have requested access to your microphone will appear here
2
Can Terminal access the microphone in Catalina? (for SoX, FFmpeg, Ecasound, pyaudio etc.)