I'm using Terminal and don't know if this has been an issue after upgrading to Mountain Lion, or whether I made a configuration change that had a side effect that I didn't realize. When I use the CMD + SHIFT + ] or CMD + SHIFT + [ keys, the mac beeps at me instead of switching the tab I'm using in Terminal.

Is there a way to remap this sequence? Where would I look?

Note, I can use CMD + SHIFT + ] / [ to shift tabs in Safari and Chrome, so this only happens in Terminal. (I also noticed that CMD + 1, shifts desktops instead of shifting to a particular tab; I'm okay with that not operating as I would expect since I don't use that shortcut).

Note, I have switched my CMD & ALT keys on my keyboard, but if I use a keyboard without these switched, I get the same behavior.

Edit: Disregard the first part. [ Is the shift of { so we were saying the same thing different ways. I'm leaving this here though regarding disabling the Mission Control shortcuts.

The sequence to cycle forward through tabs is ⌘+shift+}, despite what the Window menu says. (⌘+} switches between windows. Very odd.) And ⌘+shift+{ cycles backward. 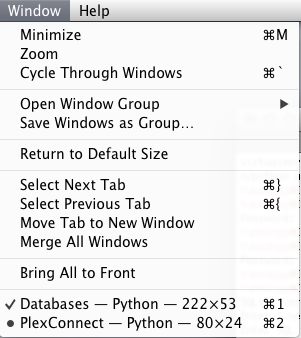 (You should also be able to reclaim ⌘+1, ⌘+2, etc. to switch windows in Terminal, which is what the Window menu says those shortcuts do, by going to System Preferences > Keyboard and disabling the keyboard shortcuts that use cmd+ a number under Mission Control. I haven't tested this though.) 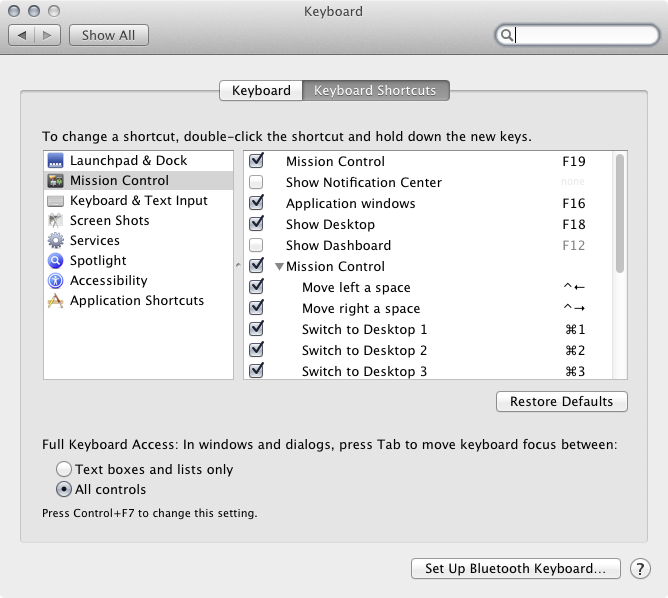