Has anyone ever seen an error like the one pictured below on Mac OS X? What is it? The system is 10.6.6. I'm quite experienced in OS X but I've never seen such a thing. I was booting in verbose modem, and it looks like the verbose mode came "through". 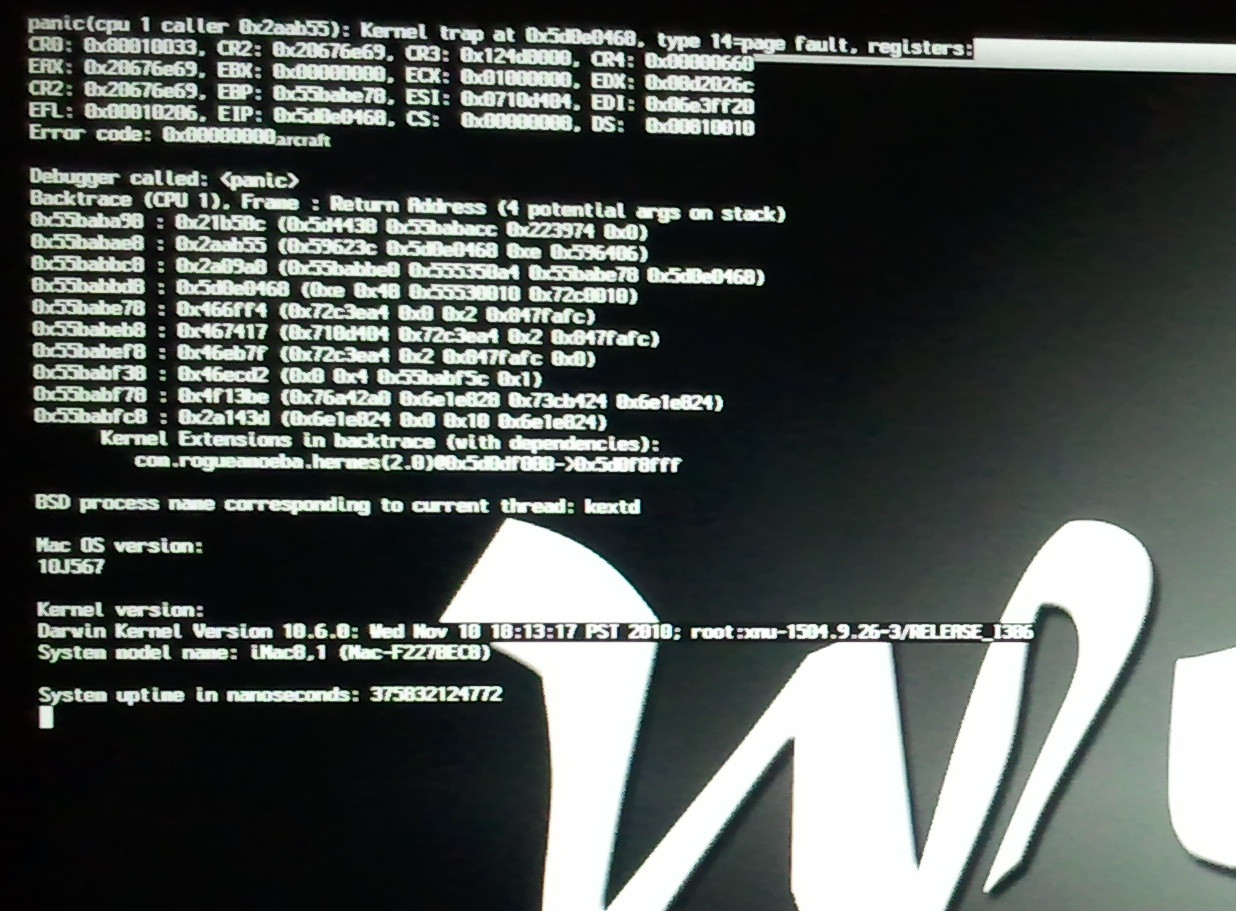 It's an old-style kernel panic report. When the kernel crashes, there's no way to log what happened ('cause logging requires a working filesystem, which is part of the kernel...), so OS X used to dump the crash info onto the screen buffer.

In OS X v10.2, they switched to a system where it stores the crash info into PRAM, and displays a message that "You need to restart your computer. Hold the Power button for several seconds or press the Restart button." in 4 languages. After rebooting, the info is transferred from PRAM to a normal log file.

...but sometimes, for some reason, the old-style panic report still shows up under newer versions of OS X. I haven't seen this happen in a while, but apparently it's still possible under 10.6.6. I have no idea what causes it to revert to the old-style report (maybe verbose mode?).

EDIT: It occurs to me that it might've both written the crash info to the screen, and to PRAM and hence the log files. Check in /Library/Logs/DiagnosticReports and see if there's a matching panic report.

It's a kernel panic. Looks like a kernel extension with the bundle identifier "com.rogueamoeba.hermes" (Airfoil?) crashed.

Not the answer you're looking for? Browse other questions tagged macos kernel error .

6
Command key when running Mac through virtual box on Windows OS
8
How long to hold key combinations when booting a Mac?
2
iPhone backup error - BackupAgent2 - Error uploading "<private>" to "<private>": <private>
1
Everything fail on mac mini 2009
3
How can I alter the default behavior of iTunes 10.7 to suppress some UI elements like the store?
1
Full screen application turns to windowed application and leaves a black screen in Mission Control